Easy to replace- Nicholas hits out at departing Celtic ‘legend’ 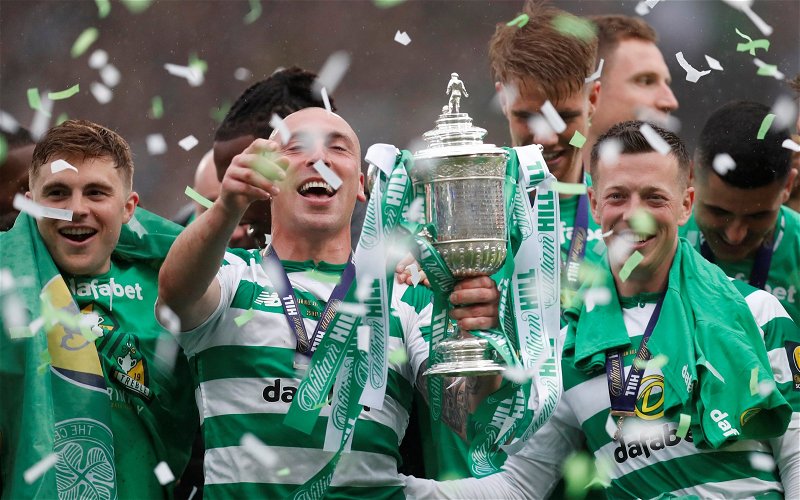 Charlie Nicholas has trashed talk about Scott Brown being a Celtic legend and dismissed the prospect of Ismaila Soro replacing the skipper in next season’s Celtic side.

The former Sky Sports pundit is forever critical of issues at Celtic, this season he has struck it lucky with the season collapsing in spectacular style.

Next season Brown will be wearing the red of Aberdeen to add to the rebuild required for the next manager but on the park Nicholas believes that there will be no great loss.

Scott Brown will be easy to replace on the field for Celtic. All this ‘legend’ talk is nonsense. A legend should have been the best ever player in a position or be remembered for doing something great like the Lisbon Lions.

What Celtic will have more difficulty replacing is Brown’s personality and leadership qualities in the dressing room. Ismaila Soro is not good enough to be regarded as Brown’s successor in the midfield anchor role.

The good thing is that the next Celtic manager is likely to be given the money to do a proper rebuild – and he will need it.

Legend is a phrase open to interpretation, most Celtic fans would apply it to anyone captaining the club to nine consecutive league titles. During two stints at Celtic Nicholas never won the Scottish Cup, Brown captained Celtic to six Scottish Cup triumphs.

It is more than two months since Neil Lennon resigned with Brown opting to follow his manager and CEO out the door with no guarantees about next season.

New Aberdeen boss Stephen Glass was a team-mate of the Celtic skipper at Hibs more than a decade ago and has drafted in his experience to galvanise a squad that has badly underperformed this season.

A clear out and rebuild is required at Pittodrie but with a manager in place and Brown on board Aberdeen are at least ahead of Celtic in forward planning.