I should have told them to F*** Off, I let my self down- Alex Ferguson on his Rangers signing talks 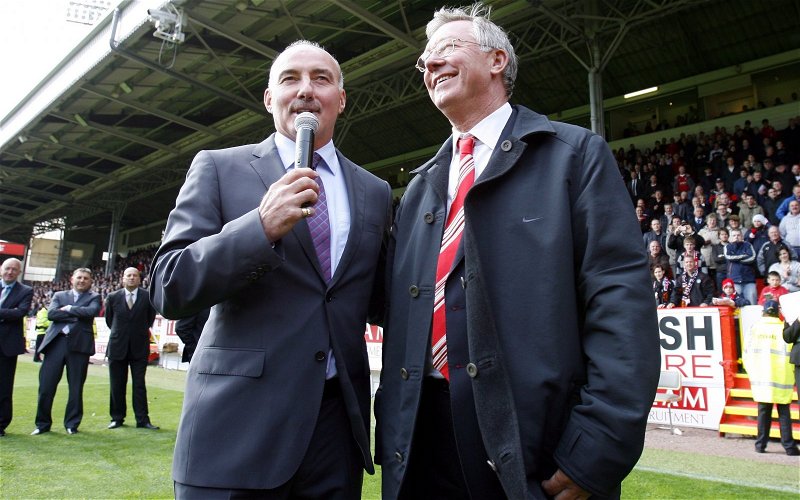 Never Give In- the film about the life story of Alex Ferguson won’t be sugar-coated to protect the sensitivities arounf his two year Rangers career.

Born in Govan, a shipyard worker that started playing football at Queens Park the dream for the young Fergie was to score goals at Ibrox in the blue jersey of Rangers.

In 1967 the chance came up after scoring prolifically at Dunfermline Athletic but the talks at Ibrox went into the sort of territory that other clubs didn’t cover.

Rangers knew that Mrs Ferguson wasn’t one of their own, as Gordon Dalziel and others discovered it wasn’t just enough to be a non-Catholic at Rangers, being married to a Catholic would put your commitment and career under threat.

Another part of history that they’d rather sugar coat pic.twitter.com/wRAcwzZ63W

I should have told them to F*** Off, you know I really should have, but having supported Rangers as a boy and having the opportunity to go and play for Rangers you’re prepared to take nonsense. I let myself down there and I let my wife down, that was the most important thing.

When Celtic won the 1969 Scottish Cup Final 4-0 there was a need at Ibrox to find a scapegoat. The guy with the Catholic wife never played another match for the club.

In 1984 the Aberdeen manager was approached about replacing John Greig as manager, the same issues remained an obstacle.