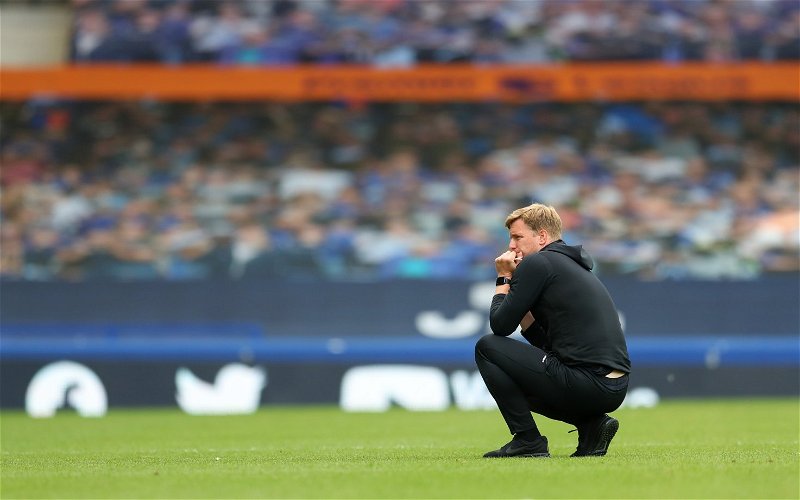 For the best part of two months they’ve been reading and hearing about the imminent arrival of the former Bournemouth boss. Combine that with Jackson’s past record topped by ‘off the radar’ revelations about a self made billionaire from Motherwell and most fans won’t be believers until Celtic send out their Social Media clips with Howe hoisting a green and white scarf above his head.

The Sun was the first publisher to reveal that face-to-face talks had taken place between Dermot Desmond, Dom McKay and Howe but that story appeared on April which was noted by the sceptics in the Celtic support.

Various suspected appointment dates have been speculated on including a Scottish Cup tie at Ibrox but three months on from Neil Lennon’s resignation there has been no sign of white smoke in the east end.

The SPFL season is over but it was Bournemouth’s Play Off defeat to Brentford that appears to have cleared the final obstacle to the appointment of a new Celtic manager.

Since obtaining Peter Lawwell’s only newspaper interview of 2020 Jackson has been on top of a number of stories from Celtic, the SFA and SPFL. By the end of this week, he could have another scoop on his CV but not all Celtic fans seem convinced that the wait is almost over.

seems like taking a guess now bournemouth promotion out the window

Which “well placed source” at CP would give Keith Jackson choice information?
Editor – What have you got on the Celtic manager appointment?
KJ – Nothing boss.
Editor – Well you’d better go make something up for tomorrow then. Nothing definite, mind.

That it will be by this week’s end. Not sure @Record_Sport has gone on record with as firm a timeframe before now. Honestly, at this point, I just hope their sources are right. Can’t take much more.

I’ve been hearing this everyweek for ages, just get it done.

Believe it when I see it

Even a broken clock is right twice a day