The transfer bid that Celtic fans dreaded is underway | videocelts.com

The transfer bid that Celtic fans dreaded is underway

Celtic fans are waking up today to news that Aston Villa are preparing to make an offer for David Turnbull.

It would be hoped that a fee of £7m would be instantly rejected but the source of the story gives it credibility. In February David Friel, a former Celtic View reporter, broke the news that Neil Lennon was about to resign, within 10 hours the news was confirmed.

With more than half of this season’s squad expected to move on Turnbull should be an essential part of any rebuild after an impressive first season saw him pick up a range of Player of the Year awards.

ASTON VILLA are lining up a £7million summer swoop for Celtic star David Turnbull. The Premier League outfit have had the PFA Scotland Young Player of the Year watched several times this season.

Villa boss Dean Smith is poised to make his move for the Hoops ace after receiving a number of glowing reports on the 21-year-old Euros squad star.

He’s made a goalscoring midfielder a priority with on-loan Ross Barkley returning to Chelsea and the real possibility of main man Jack Grealish moving on.

How should Celtic react to a £7m bid for David Turnbull from Aston Villa? 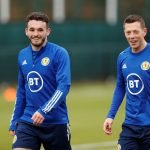 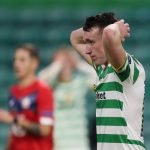 Celtic reported that Turnbull signed a four year contract at the end of August 2020 but the club website has been inaccurate over contracts for Jozo Simunovic and Leigh Griffiths. A fee in the region of £3m was reported at the time of the transfer with Motherwell inserting a sell-on clause.

With Ryan Christie out of contract in January and Tom Rogic struggling with fitness issues selling Turnbull at £7m shouldn’t be a consideration but it could become one of Dom McKay’s first big decisions as CEO.