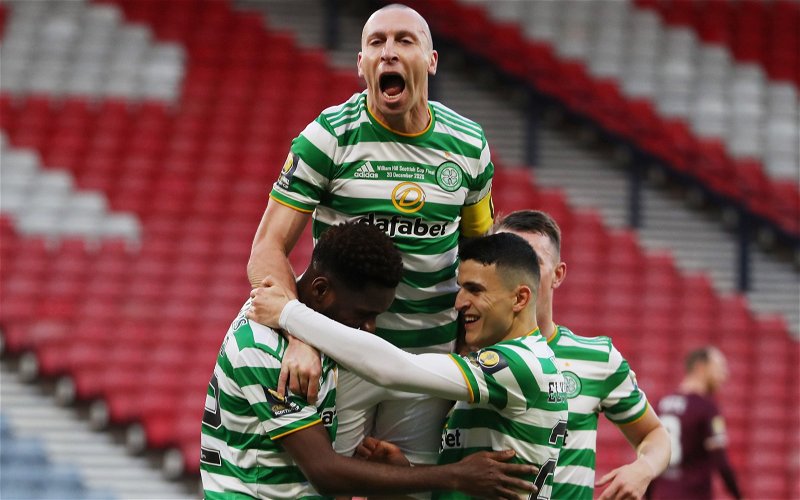 Throughout his 14 years at the club Scott Brown has been the hard face of Celtic. The shaven-headed warrior driving his team-mates on to incredible success.

Yesterday he was back at Easter Road, signing off after 620 appearances for Celtic and a new softer side emerged of Scott Brown. There was emotion in his voice, the realisation that it was all over at the club he had served with such distinction.

The enormity of it all seemed to get to the 35-year-old. Over the previous week it had seemed like his usual leadership times. A home win over St Johnstone, some after match pictures, a sweary on live TV, another round of media interviews and training as usual at Lennoxtown.

By 3pm on Saturday it was all over. No more Lennoxtown, no more media duties, the final huddle speech delivered, the final tackles completed.

At some point this week he will check in at Aberdeen and become part of Stephen Glass’ team, yesterday in Leith a huge part of Celtic folklore came to an end. He’ll be missed and not easily replaced.