Olivier Ntcham has followed the Leigh Griffiths route of sharing a work-out video rather than show up at Lennoxtown.

Yesterday it emerged that a move to AEK Athens had broken down with a claim that Celtic had attempted to get a transfer fee with the Greek side believing that the player was a free agent.

Soon after Moussa Dembele left Celtic Ntcham signed a contract extension but over the last two seasons he has barely been recognisable from the driving force that lit up his first season in Scotland. 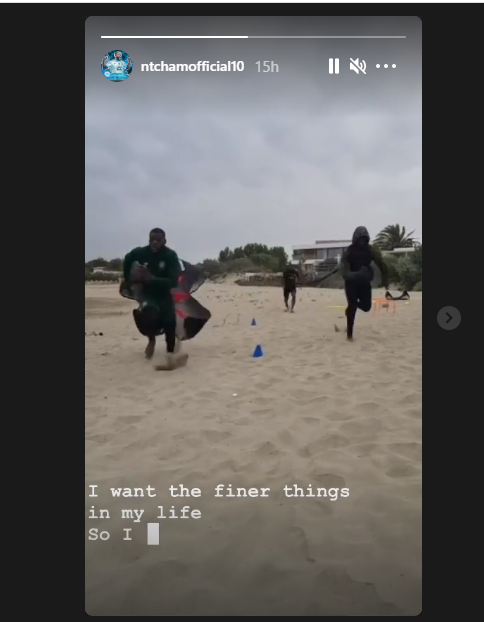 Despite his disastrous loan move to Marseille the shirt of the French side is still prominent in his Instagram profile although he is wearing Celtic kit during his training session on the beach.

Celtic’s non-international players have been at Lennoxtown since June 18 with Ange Postecoglou at the club for a week. Doors never quite close but it is difficult to see Ntcham and Griffiths being involved at Celtic when they are training solo.