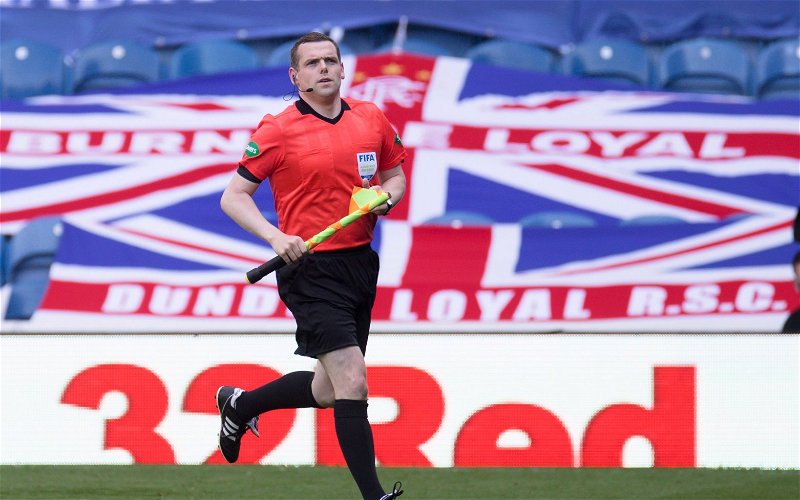 Douglas Ross has turned to what-aboutery to defend his jolly at Wembley.

With two jobs as a member of the parliaments at Holyrood and Westminster plus a heavily pregnant wife the leader of the Scottish Tories took time out of his busy schedule to attend the England v Scotland match on Friday night.

Clearly star struck, Ross approached David Beckham for a picture on the evening that Scotland earned their first point in 23 years at a major championship.

While thousands of Scotland fans celebrated the leader of one political party was acting like a schoolboy meeting his hero.

Congratulations on either having the balls to leave your heavily pregnant expectant wife beside a hospital with concerning limited maternity services.
Or bravo on leaving your newborn for a presumably one day climate friendly jolly to the fitba.
Didn’t think you’d wear trousers? pic.twitter.com/bPm1QFmBbW

No offence but getting your photo took with David Beckham like some sort of sad groupie leaves you wide open for criticism.

Ooh, Douglas, you do make me chortle with your sparkling wit and dazzling repartee. Such a rapier-sharp retort!

Could you not have given your free ticket away to someone more deserving like an NHS worker ?

You tweet to whine and tell him to grown up. The irony. Playground never left you has it?