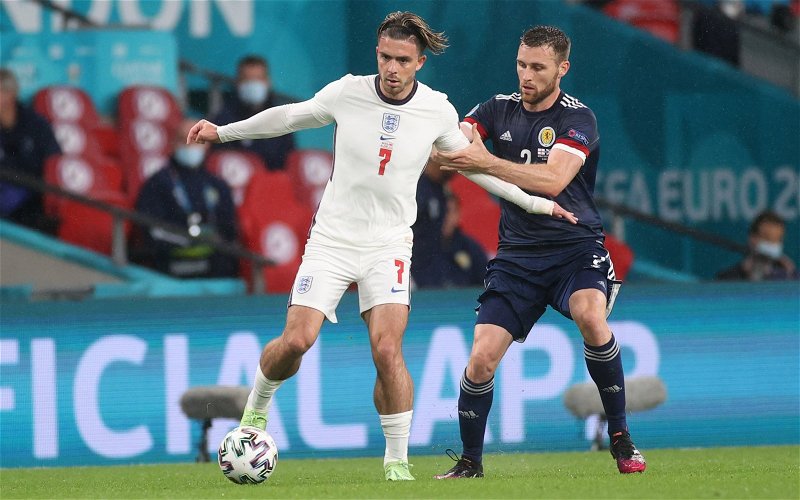 Nicola Sturgeon has highlighted the character and resilience of Stephen O’Donnell following Scotland’s 0-0 draw with England at Wembley.

The Motherwell defender has had to deal with incessant pressure for Nathan Patterson to take his place despite the Ibrox starlet starting just three SPFL matches in his career.

With players from Liverpool, Manchester United, Arsenal and Aston Villa in the side Sods has been identified as the weak link in the Scotland side despite regularly matching or surpassing the performances of Andy Robertson on the other side of the park.

Patterson Mania reached a peak ahead of the match against the Czech Republic but Clarke stuck with the Motherwell man. O’Donnell wasn’t at his best but neither were any of his team-mates, the clamour for Patterson grew stronger after the 2-0 defeat but Clarke stood by his man who was one of the best players on the pitch at Wembley.

This @ScotlandNT team has so many role models who will inspire the next generation, on and off the pitch – and Stephen O’Donnell is one of them. This is so articulate on dealing with pressure, the importance of self belief and having the support of these around you? https://t.co/BfRBzUCPvZ

After that he found his feet at Partick Thistle under Jackie McNamara, moved to Luton Town then returned to Kilmarnock where Alex McLeish gave him his Scotland debut.

Despite being unfashionable O’Donnell would have made a better impression on Celtic than Hatem Abd Elhamed and Jonjoe Kenny but with a new Motherwell contract signed in April anyone wanting to sign the defender will now have to add on a transfer fee.

CLICK HERE for Stevie Frail on his hopes for O’Donnell and four other players released by Celtic in 2011.