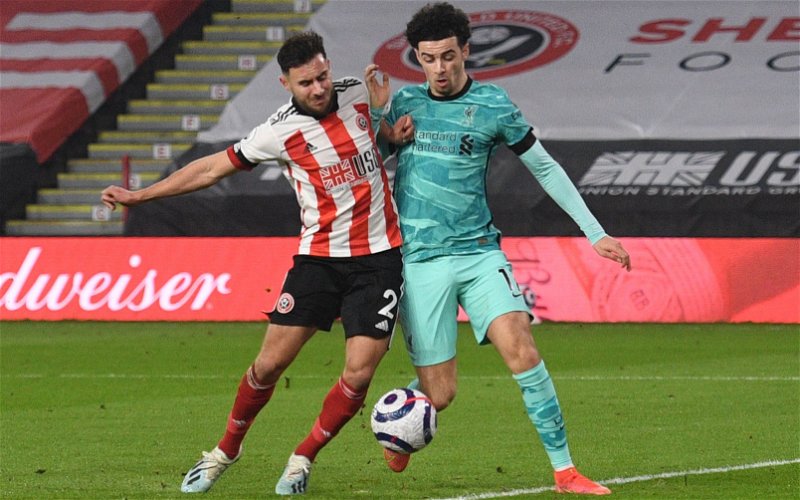 Sheffield United fans seem to be in no rush to sell George Baldock to Celtic.

Late on Sunday night the Daily Record broke the news of Celtic’s renewed interest in the defender who was first linked to the hoops in the summer of 2019.

Baldock had just helped United to promotion to the EPL, soon afterwards he got a new contract with Celtic switching their interest at right-back to Jeremie Frimpong, Moritz Bauer, Hatem Abd Elhamed and Lee O’Connor.

With Sheffield United relegated to The Championship it is likely that Baldock and others will have salary cuts in their contracts but even at that it would still require a major investment for Celtic to bring the 28-year-old to Scotland.

After four eventful seasons at Brammall Lane Baldock would seem to be the type of player required for a promotion bid but that will depend on circumstances at Sheffield United who have still to appoint a permanent replacement manager to Chris Wilder who left the club in March.

George Baldock is on a list of potential right-back signings drafted by new Celtic boss Ante Postecoglu. The Scottish club have been tracking the 28 year old since 2019 and could now see this summer as the perfect time to make a move. [@JamesShield1]#twitterblades #sufc pic.twitter.com/vTiEmVnwlw

He’s one that stay or go will always be a blade. Think he loves city and club, gives all on pitch and gets stuck into opposition ‘how very dare you’ try to take the ball away from me…

celtic don’t have that cash he’s a 15mil easy

would do well up there…

They did show some interest after we were promoted but not had any contact with them since. As Celtic don’t have a D of F yet and a new head coach I don’t see how interest in 2019 translates to still interested now. We will consider offers for George though.