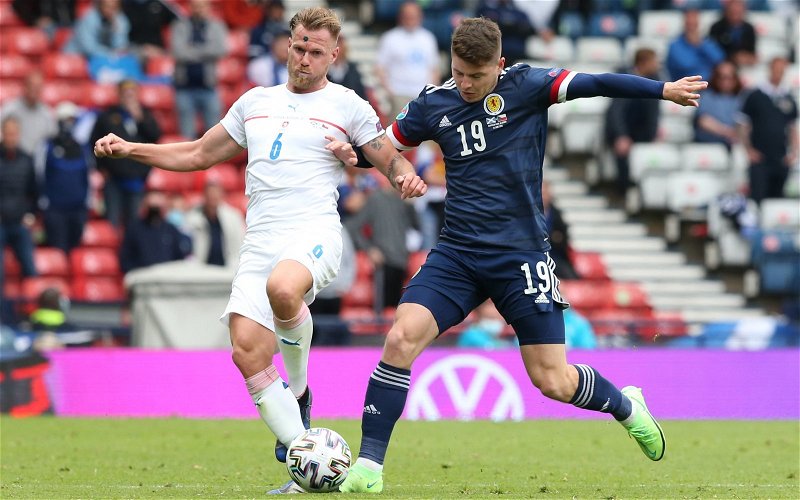 Kevin Nisbet dropped a transfer hint by joining up with some Celtic players and Kieran Tierney for something to eat at Angels in Uddingston.

Scotland’s elimination from the European Championships has given the players some downtime while travel restrictions are in place making traditional holidays difficult to plan.

Staycations it has to be for most players this summer with Angels, a well-known Celtic shop and legendary in Uddingston and Bothwell playing host to six of Steve Clarke’s international squad.

Two years on from moving to Arsenal Kieran Tierney is as much of a Celtic fan as he has ever been. If he leaves the Gunners the sell-on clause on his contract could bring a player or two in at his old club.

David Turnbull, James Forrest, Callum McGregor and Greg Taylor are four players that Ange Postecoglou will be looking forward to working with- if Odsonne Edouard leaves the club this window speculation will ramp up that Nisbet could be meeting up with Turnbull, Forrest, Taylor and McGregor on a much more regular basis.