Shane Duffy bounces back and speaks out about his ‘tough spell’ 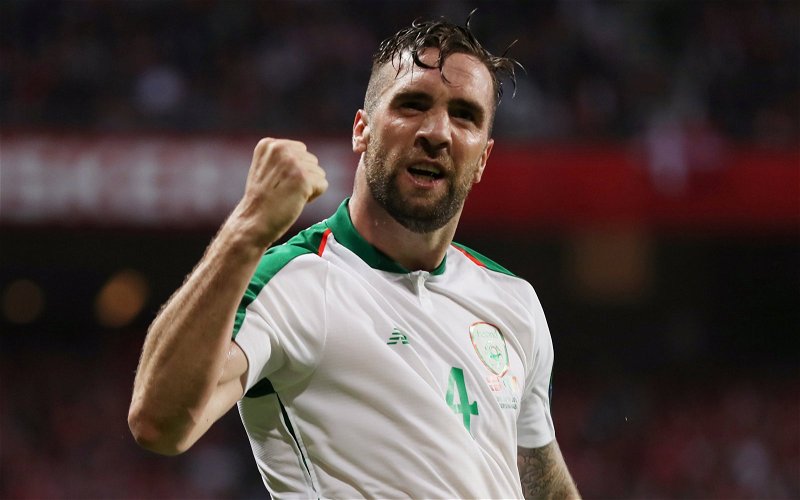 Shane Duffy finished the most troubled season of his career back in his traditional role in the heart of the Ireland defence that drew 0-0 away to Hungary.

The Derryman has handed over the captaincy of Ireland to John Egan of Sheffield United but armband or not he plays in the same wholehearted way in every match.

Those qualities have taken him a long way at club and international level but at Celtic there is less need for do-or-die defending, with the defence possibly 15-20 yards higher up the park space is created for opponents to counter-attack.

2020 will be a year that Duffy won’t forget, following the death of his father Brian in May a loan deal to Celtic offered a new start but it turned into a nightmare as Neil Lennon’s side imploded in autumn with the on-loan defender one of the main fall-guys.

Stephen Welsh replaced Duffy in the Celtic side but over the last week he has started to turn the corner with his first football since February 14 away to St Johnstone.

Wrapping up a troubled season, Duffy told The Mirror:

It’s always tough when you go through a tough spell and I think most footballers do in some part of their career. I’ve gone through it; I’ve got a great manager here who trusts me.

I’ve got no complaints about not playing in the team. I’ve tried to play my role, I’ve tried to help the younger lads. I haven’t been playing football, so I have total belief and thanks to the manager for giving me a game first and foremost.

I enjoyed it again, I sort of forgot what it felt like to play football. Hopefully that’s the bad bit over and a little rest and I’m ready to be back next season, kick on and show everyone how good I am.

Duffy has two years left on his Brighton contract.

Been a hell of a trip with the boys enjoyed every minute of the 10 days with everyone ! Two positive results to build on and we kick on in September ?? @faireland pic.twitter.com/w89xsoxgNe

The @carlsberg Man of the Match – Shane Duffy ?

A fantastic performance as the big man returned to the centre of defence ?#COYBIG | #HUNIRL | #WeAreOne pic.twitter.com/4iNOzIsMbQ