Should Robinson and Healy be considered as a Celtic Dreamteam? 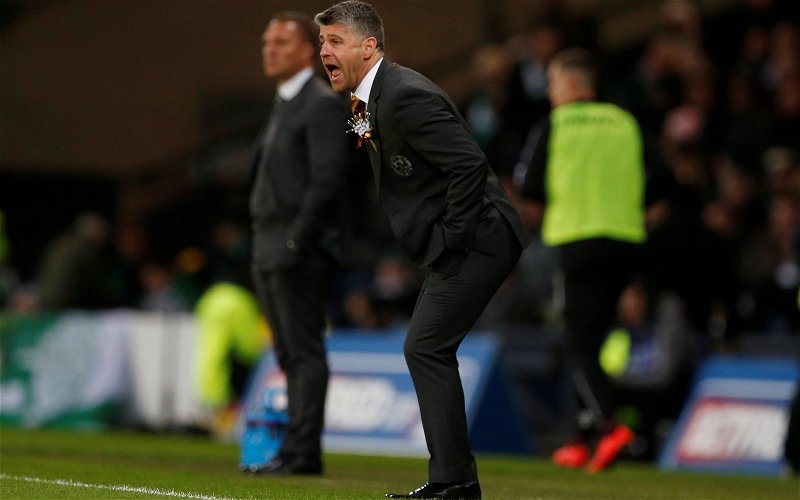 One of the strangest aspects of Celtic’s interest in Ange Postecoglou has been the attempts to portray the Australian as the rising star in football management.

Generally before the age of 55 your ability in any field is recognised and rewarded. So far Postecoglou has had one job outside of his native Australia, his current gig with Yokohama Marinos if you discount a couple of matches in 2008 in the Greek Third Division.

Digging through the archives it is difficult to find many examples of managers bad mouthing each other in public.

Being in management is a lonely job, there are inevitably periods of criticism, when you are in the job you are highly unlikely to be criticising a fellow boss is bother because in a few months time you could be the one under pressure.

As everyone knows Brendan Rodgers is a lovely, lovely guy. He has worked alongside and against many wonderful human beings, not just great footballers but also great men.

Digging up quotes from a friendly in 2013 Rodgers was full of praise for the former Melbourne Victory boss.

Much more recently, in 2017 Rodgers was full of praise for Stephen Robinson, interestingly bringing David Healy into the conversation as he spoke to Sky Sports ahead of the Betfred Cup Final:

I was aware of Stephen of course, I remember him when he was a player and he was a very good player, and then working with the IFA. I didn’t know Stephen at the time but I was aware that his work was very good when I spoke to a number of people.

Then Stephen and David Healy came and spent a bit of time with us at Liverpool when I was there as the manager. We had a great day talking football and talking about Northern Ireland and everything that goes with it. So that was the first time we had met. They were two really good guys and two guys I am glad to see doing well.

Does that make Robinson and Healy suitable candidates to manage Celtic?

After being sacked by Kilmarnock Rodgers invited Lee McCulloch to spend a day watching him at work at Lennoxtown.