Ange is miles off here- the one blind spot for Postecoglou 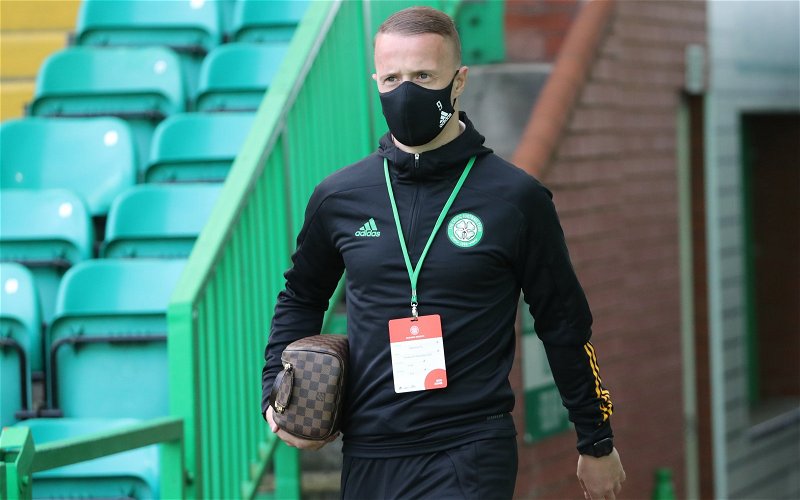 From the start Celtic fans have appreciated the honesty of Ange Postecoglou. He has promised to work hard to get his ideas over without making any outrageous promises.

After a season when the fans felt increasingly distanced from the club there has been a freshness about his communications after the extremes of Neil Lennon.

One player however links both managers and there is no getting away from Leigh Griffiths. His strained relationship with the fans took on a new element earlier this month when he was subject to a Police investigation.

No criminality was established but for many Celtic fans it was the straw that broke the camel’s back, another unnecessary distraction from someone who’s professionalism has been questioned.

Griffiths missed last years pre-season preparations in France and never managed to complete a full 90 minutes over the course of the season.

Postecoglou doesn’t seem to appreciate the level of anger that some fans have towards Griffiths, it’s not a run of the mill issue that a few goals will resolve.

The new Celtic boss may be diplomatic in public but on this issue the well of goodwill ran dry some time ago.

Hate to say it but Ange is miles off here, Griffiths could score 100 goals this season and won’t win back the fans. Someone above the manager must end this circus immediately. https://t.co/N4c42GUH3A

Just hope it doesn’t come to that, need him out the club well before Celtic Park has 60,000

I’m so tired of Celtic’s board. I wouldn’t be surprised if they kept him as a distraction in case (as likely) results don’t go well at the start of the season.

Agreed, he’s definitely miles off it. Griff won’t win the crowd back, they want him gone. It’s nothing to do with his performances on the park. He needs to go.

Agreed. I think Ange knows deep down that Griff won’t win the fans over, but I also think he’s the type of manager that’ll publicly back his players no matter what. It’s up to Griff & the board to do the right thing IMO.

Maybe Ange is being smart here – publicly backing Griff but (I hope) in the background the club are working to get him out. The club backing Griff publicly to protect his image so that it is easier to convince another team to take him? Personally, I’d tear his contact up

What he says publicly i would expect to be different from behind closed doors.

He’s likely as frustrated as the rest of us with the player in question.