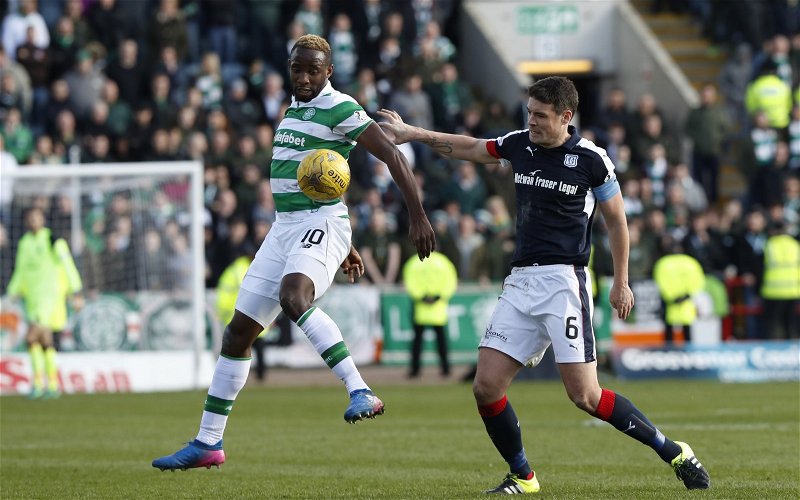 Celtic Colts will field a very, very youthful side at Bonnyrigg Rose but could be boosted by an appearance from Darren O’Dea.

It is almost two years since the defender hung up his boots to concentrate on a career in coaching but the arrival of the Colts in the Lowland League could see him back in action.

Dane Murray and Leo Hjelde will be with the first team squad preparing to face Preston North End with six other Colts (Owen Moffat, Adam Montgomery, Barry Coffey, Ben Wylie, Scott Robertson and Karamoko Dembele) also involved with Ange Postecoglou at first team level. As part of the deal to allow the Colts into the Lowland League only players eligible to play at u-20 level can be used.

The goalkeeper can be over-age and I believe that if you have an assistant coach that, and this is maybe in time, that, as you think of the old days and that experienced player coming in and playing with young players then there is the possibility of that sort of player playing as well.

O’Dea is McIntyre’s assistant having stepped up from coaching the u-17 side. Ewan Otoo, who was on loan at Clyde last season looks like being one of the more experienced players in tomorrow’s side that takes on Bonnyrigg who took Dundee to extra-time at Dens Park in last season’s Scottish Cup.

After a season in mothballs and having the 2019/20 season restricted to the Glasgow Cup, Reserve Cup and Challenge Cup the Colts have a full season of fixtures ahead in the 17 strong Lowland League. The Colts will also play in the SPFL Challenge Cup where they have been drawn against Annan Athletic.

We need to try to create that pathway for that gap between Under-18 and first-team football.

So in effect, it means that we can control where the young players play, we can then control their development. And, there’s no doubt that, as the season progresses, playing against senior pros, playing at grounds they’ve probably never been in, playing on front of fans, the whole thing, I feel it can only be a positive experience for them.

I’ve no doubt that this will bring the players on. It can only be a benefit to the younger players getting a challenge, as sometimes they have been a bit mollycoddled in here, but they are now going out there to the big world.’

They will take a couple of knocks, no doubt about that, but we are trying to create that pathway. So hopefully we can create something that’s beneficial to our players, and furthermore, beneficial to our first team, which is the most important thing.