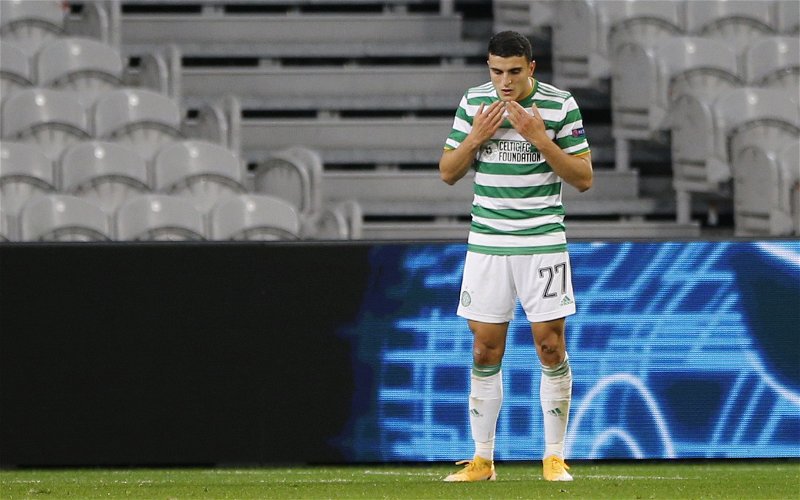 Moi Elyounoussi won’t be returning to Celtic for a third season on loan.

The Norwegian was last season’s second top scorer, helped by goals against AC Milan and Lille in the Europa League as Celtic’s season fell to pieces.

It is nothing to shout about but Elyounoussi was by far and away the most influential of the loan players at Celtic with the other three struggling to hold down or justify their place in the side.

Celtic fans got their first look at the winger/attacking midfielder when he was part of the Molde side that beat Ronny Deila’s men home and away in the 2015 Europa League.

That form earned him a move to Basel then on to Southampton but a disappointing 2018/19 season led to successive loans to Celtic.

There had been some suggestions that a permanent move could be arranged but after shelling out £15m to Basel for the Norwegian even dropping that tag by 50% would still be a stretch for Celtic to meet with the players current wages likely to be well in excess of Celtic’s highest earners.