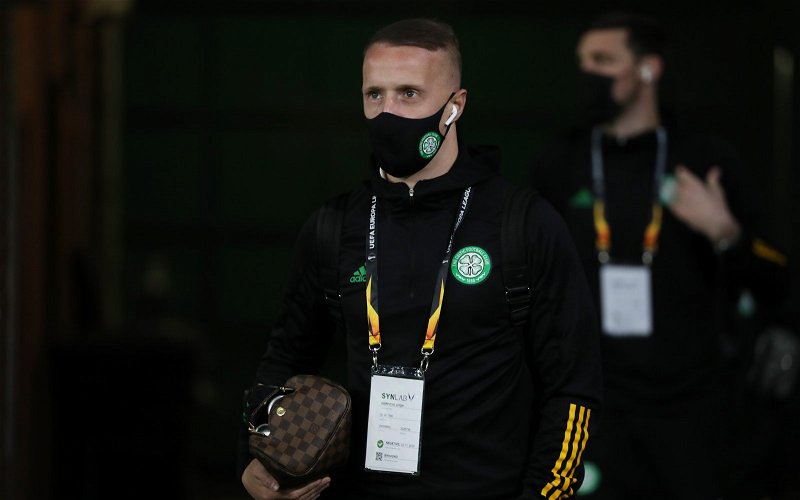 The 30-year-old made his first appearance of the season today as part of the mass substitution early in the second half and had every touch booed by a significant number of the 18,500 fans inside the ground.

Over the last three years Griffiths has had a variety of issues to deal with but was handed a new 12-month contract on July 1.

Within a week of signing that deal he was sent home from the club’s Welsh training camp. Although no criminality was found from a Police Scotland investigation it is another black mark against the man that has scored over 100 goals since joining Celtic in January 2014.

Asked about the booing of Griffiths, Postecoglou told the Daily Record:

That’s going to be down to Leigh and his performances. If he works hard at training and produces the kind of football he can, scoring goals, I’m sure the crowd will get behind him.

I won’t be telling the Celtic supporters anything. They’ve followed this club a lot longer than I’ve been here.

My job is to produce a team they’re proud of and we let them down today. Maybe it is a big challenge for him but that’s what he wanted. He didn’t have to come back.

He wanted to come back and play for the club again. He wanted to contribute. When you make that decision, you embrace everything that comes along with it

Griffiths has been well supported and backed by Celtic fans down the years but the latest incident looks like one that scoring a couple of goals isn’t going to turn change opinions on. Last season Griffiths failed to complete a full 90 minutes, managing just two goals in 2021.

A clear message was sent to the Celtic board today. Leigh Griffiths’ presence in the team caused (and will continue to cause) distraction, toxicity and division. He is not worthy of wearing the Celtic jersey, and should be moved on immediately.