Ange Postecoglou has poured a bucket of ice cold water over speculation that Celtic are on the brink of signing a goalkeeper.

Over the last three days Joe Hart has been strongly linked with a move to the club with Ben Foster’s name surfacing yesterday.

Postecoglou does have three full international goalkeepers to chose from but after their association with last season confidence from the fans in any existing option is at best low.

Scott Bain got the nod over Vasilis Barkas for the return leg against Midtjylland with attention now turning to Tynecastle to see who lines up behind debutant Carl Starfelt.

Ange Postecoglou says they need to get into a position where one of their 3 GKs is settled as No.1

“Barky and Scotty have had a crack at it. If I think we can improve in that position, it’s an area we’ll look at. But there are a number of priorities”

Yes, he still has it. Great signing 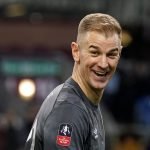 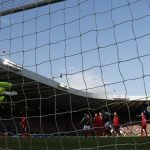 Bain and Craig Gordon shared the duties at the start of the 2019/20 season before Fraser Forster was brought in on loan from Southampton- making a huge contribution to the season prior to Lockdown.

Those two could be in opposition tomorrow as Celtic look to fill the huge gap left behind when a follow up deal couldn’t be completed to bring Forster back for a fifth stint at Celtic.