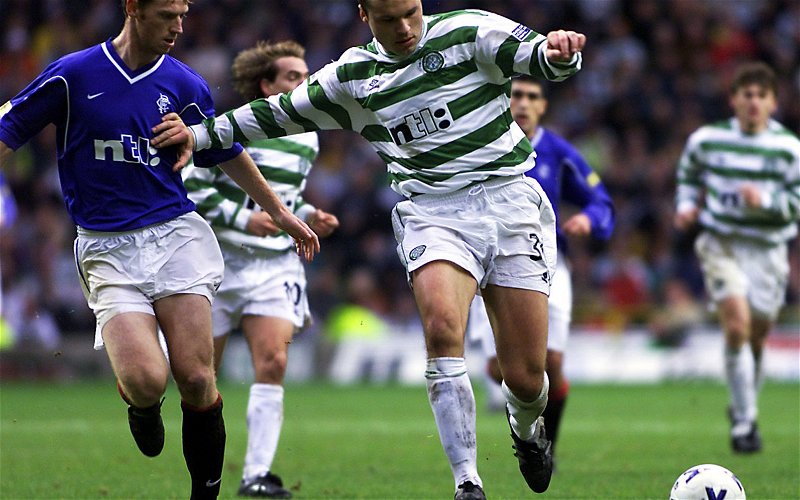 Ange Postecoglou has leaned that discussions with Craig Moore are unlikely to remain confidential.

At the 2014 World Cup Finals in Brazil the former Rangers defender was part of Postecoglou’s backroom staff, when the prospect of managing Celtic came up it would be natural to seek out the views of a former colleague living and working in Scotland.

Now that he has the job Postecoglou has to be very wary of who he is speaking with. Moore is now a football agent and a pundit on Go Radio. Any transfer insight that he shares is instantly picked up by newspapers and spread far and wide.

It is no secret that Celtic are in need of new players, Postecoglou and Celtic will be in contact with a variety of agents to see who might be available and how much they are likely to cost.

Carl Starfelt and Mario Vuskovic have been strongly linked with a move to Celtic, in these situations clubs will have a few options to weigh up to see which player represents the best value.

It is a very sensitive area, clubs, players and agents are dealing with big sums of money. A word or two out of place can be costly, other clubs can be alerted, at every stage the agent is out to secure the best possible financial deal for themselves and their client.

Listening in to Moore discussing the possibility of Celtic signing Vuscovic on Go Radio, the Daily Record reports the former Rangers defender saying:

I’ve been quite close to this one. And it’s a little bit cold, I mean I’ve seen it in the media a lot. Certainly hasn’t been coming out from my side or anything like that but look, Vuskovic is a is a fantastic player. Thirty nine games in the Croatian top flight.

A 19-year-old, he’s had interest from Basel which he knocked back. He’s had interest from Feyenoord. There’s a lot of clubs sniffing him out. But at this moment in time, I don’t think it’s something that Celtic are seriously looking at. I think they’re looking for someone a little bit more experienced.

If Celtic’s interest in Vuskovic is cooling it could raise the stakes with Rubin Kazan over the sale of Starfelt.

Rumours and gossip come with the territory in football. Postecoglou will have observed things closely over the last month, some old relationships might be best put in cold storage.