Someone to lean on- Lennon’s warning to Postecoglou 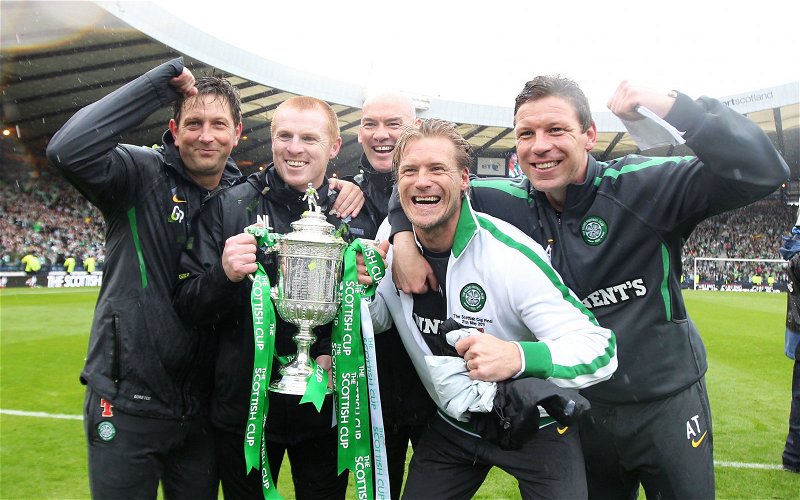 Neil Lennon has warned Ange Postecoglou that he needs someone to lean on.

The former Celtic boss has taken to media work since stepping down in February after a second defeat of the season to Ross County.

During his time in charge and since leaving Lennon has been full of praise for the Celtic hierarchy who denied him the chance to bring in any of his own backroom staff- or someone to lean on.

When the former Hibs boss came in as caretaker in February 2019 he was presented with Damien Duff and John Kennedy. When Duff left Gavin Strachan was his replacement with Tommy Johnson and Johan Mjallby overlooked despite the backing of Lennon.

Postecoglou has yet to bring in anyone to his backroom team. Yesterday Lennon discussed the situation with Jim White on TalkSPORT with Glasgow Live reporting the ex hoops boss saying:

He’s very experienced having worked on the other side of the world, and he’ll bring a freshness to the club which is probably what is needed after a decade of success and a disappointing season last year.

He’s got a blank canvas really, so he can come in and stamp his own ideas on the game. Some of the staff who were there last year will help him along.

So far Liel Abada and Kyogo Furuhashi have been added to the squad with Vakoun Bayo the only confirmed departure.