The big If in Ryan Christie’s Crystal Palace deal 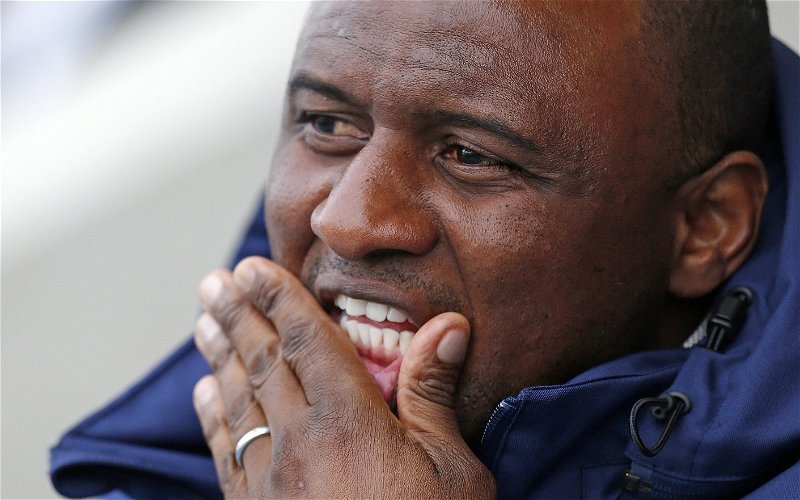 Ryan Christie could be on his way to Crystal Palace IF Patrick Vieira is appointed manager of the London club.

Celtic fans know better than most the torturous route that can be taken to appoint a manager with the hoops going 106 days following the resignation of Neil Lennon before bringing in Ange Postecoglou.

Eddie Howe was a strong tip for the Celtic job, there was concern that Crystal Palace might lure him to the EPL before Frank Lampard and Nuno Espirito Santo came into contention.

Vieira was one of the few names not linked with the Spurs job before Santo was appointed.

Palace will have known for a while that Roy Hodgson was leaving but so far have failed to get their man but according to the Daily Record Vieira is a strong contender:

Crystal Palace are poised to join the race for Celtic star Ryan Christie. The Parkhead playmaker only has six months to run on his Hoops deal and is available for a cut-price fee this summer.

French outfit Nice are long time admirers of the 26-year-old and remain in the hunt for Christie’s signature after having a bid for him knocked back a year ago.

Then, they were managed by Patrick Vieira, who is on the verge of being named Palace ’s new boss and MailSport understands that if the Arsenal legend gets the job, he will make landing Christie a priority for the London club.

Christie has been off the boil over the last six months of the season. Having been a key man in Scotland reaching the European Championship finals he lasted 45 minutes of the opener against the Czech Republic and failed to surface in the other two games.

Despite that his previous form plus the impact of Stuart Armstrong and Kieran Tierney in the EPL should ensure that some offers come in during the current transfer window.

CLICK HERE for Vieira’s Transfermarkt profile, he was part of the City Football Group before joining Nice from New York City.