The West Ham pictures that Vasilis Barkas will have nightmares over 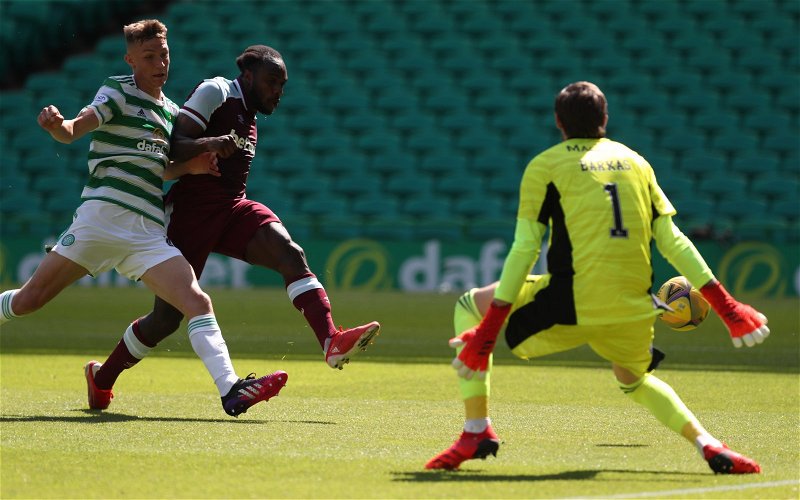 Vasilis Barkas was again one of the main talking points after Celtic’s 6-2 defeat from West Ham today.

Optimistic hopes that he had turned a corner from last season’s nightmare were dealt a severe set-back in midweek when he flapped at a free kick to allow Midtjylland to equalise.

There were signs of redemption when he stopped two one-on-one efforts in the first 10 minutes today but the roof fell in again just past the half hour mark as the pictures below demonstrate.

I’m no goalkeeping expert but this is where I *think* he should be for a ball played in that channel from the half-way line.

This is beyond a fumble or a handling error, this is absolute basic, page one, goalkeeping fundamentals.

Time well and truly up. pic.twitter.com/S7PtzkCmym

Michail Antonio couldn’t believe his luck as he approached goal and saw a huge gap to the keeper’s right.

Barkas should have started at least two yards closer to his right-hand post as the striker bulldozed his way towards goal.

They all count but id Antonio had scored by curving a shot around the Celtic keeper it would have been a decent finish. Instead, it looked horrendous as the ball was rolled in at the near post.

Scott Bain replaced Barkas at half-time but with three goals conceded by each keeper Ange Postecoglou has another selection headache before facing Midtjylland on Wednesday.

Tonight, Midtjylland won 1-0 away to Aalborg in their second league fixture of the season.