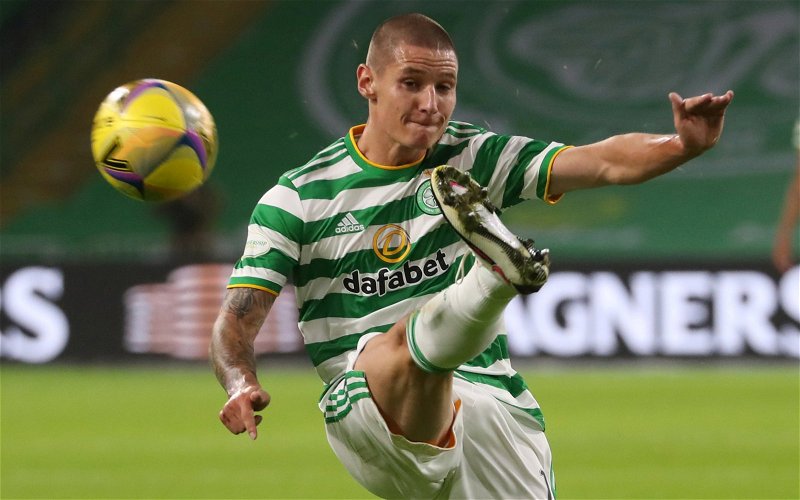 Mike Trusson has admitted that Celtic have no plans for signings that don’t immediately go into the first team.

Twelve months ago Trusson was employed as a Celtic European scout before joining up with his long-term pal Tony Pulis for a brief and unsuccessful stint at Sheffield Wednesday.

It was something of a disastrous season for the Yorkshire club who went through four managers before being relegated to League One.

From the carnage Celtic have signed Liam Shaw and Osaze Urhoghide but their next steps at Celtic remain unclear. Whether they will become a Jeremie Frimpong and get off to a flyer or slide backwards like Lee O’Connor, Jonathan Afolabi or Luca Connell.

From Day One at training Frimpong turned heads and forced his way into the first team ahead of Moritz Bauer and Hatem Abd Elhamed. For the three other younger players signed at the same time things haven’t worked out, loans at Dundee, Queens Park and Tranmere hasn’t accelerated their development. Two years on they don’t seems any closer to making the breakthrough at Celtic.

At a higher level Trusson would have been involved in sourcing and signing Patryk Klimala and Ismaila Soro who arrived at the club in January 2019.

Lockdown clearly has played a part in their Celtic careers but the Polish striker was sold after 15 months and three SPFL starts while Soro quickly dropped out of contention after what appeared to be an impressive burst of appearances last December after waiting 10 months to start a game.

With Klimala, there wasn’t a plan on how to handle that. Having been part of his signing, that concerned me to a fair degree. Klimala got put in the squad but hardly ever played.

Soro was another case before he came in and played well. He had a real impact and a run of games, his fitness levels improved, he was up to match speed. People were talking about him as a good young player and an asset to the club.

I know for a fact that Premier League clubs took a keen interest but prior to that breakthrough against Lille he’d hardly kicked a ball for a year. Soro is quick, sharp, a Kante-type player potentially. He could be a regular starter this season

After less than two years in the job Nick Hammond left his job as Head of Football Operations in March with no replacement yet recruited.