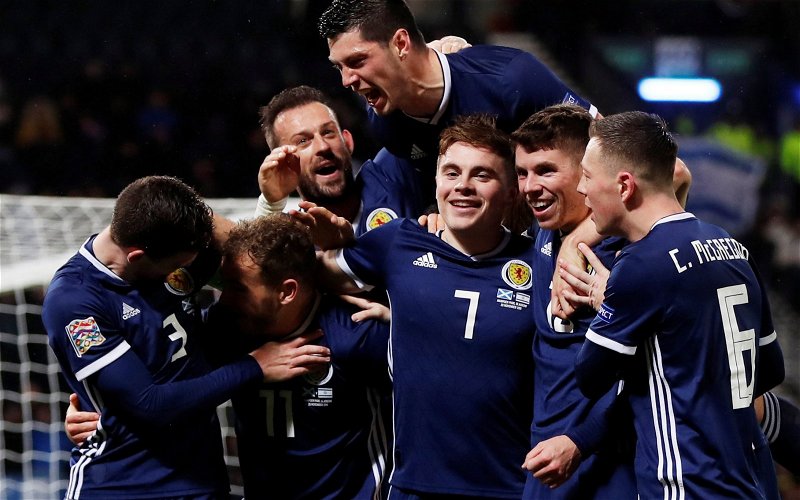 James Forrest and Greg Taylor have pulled out of the Scotland squad for the September internationals.

Both players missed out on Celtic’s visit to Ibrox and will sit out Scotland’s heavy schedule of matches that sees Steve Clarke’s side face Denmark (September 1), Moldova (September 4) and away to Austria (September 7).

Those three fixtures will go a long way to deciding Scotland’s fate with Callum McGregor, David Turnbull and Ryan Christie from Celtic included.

Taylor picked up what looked like a nasty shoulder injury early on in last week’s Europa League play-off against Alkmaar with Forrest missing the three matches that Celtic have played since winning the first leg 2-0 against the Dutch side.

Ange Postecoglou will be hoping to have both players back for Celtic’s home match against Ross County on September 11th which is followed by a trip to Seville to face Real Betis in the opening Europa League group match.