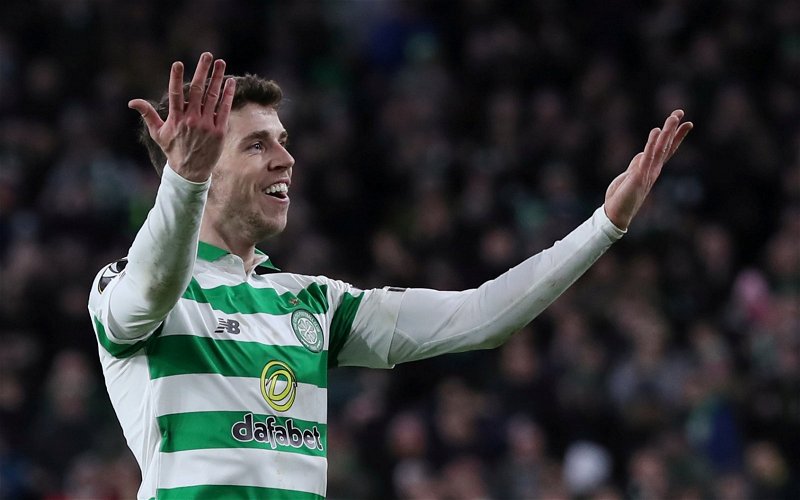 The Sun has reported that Ryan Christie has completed his loan move to Bournemouth.

Celtic haven’t made any comment on the deal which has been complicated by the player being with Scotland and travelling today to Denmark.

With his contract expiring in January it was anticipated that Christie would leave Celtic this summer but the £1m transfer fee is something of a shock.

RYAN CHRISTIE has completed his move from Celtic to Bournemouth. SunSport understands that the Scotland star – whose contract was due to expire in six months’ time – has moved to the South Coast outfit for a fee in the region of £1m.

Despite his contract status Christie was in Ange Postecoglou’s starting XI’s for the trips to Alkmaar and Ibrox.

Celtic have signed Giorgos Giakoumakis from VVV Venlo but that is expected to be balanced out by the transfer of Odsonne Edouard to Crystal Palace.

There have been reports since this morning that the striker was undergoing a medical for Patrick Vieira’s side but with the English window closing at 11pm it looks like an anxious wait for that £14m deal to be completed.