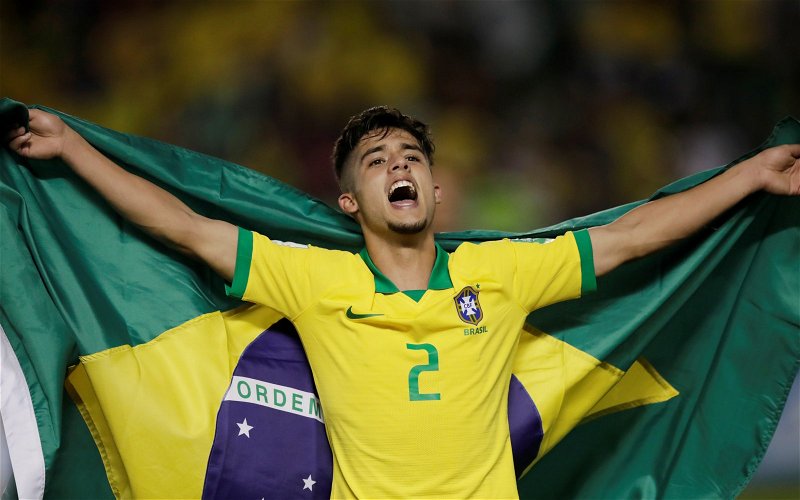 Yan Couto is reported to have attended Celtic’s Europa League win over Jablonec.

The Manchester City defender has been tipped to join Celtic on loan with last night’s match intended to reassure the young Brazilian that Glasgow is the best stop off for the next stage of his career.

Without doubt Couto would have been impressed by the whole experience but in Anthony Ralston he’ll have noted a right-back determined to hold on to his place in the team.

Celtic Park was a full house, giving Couto an idea of what to expect on a European night at the stadium. The Glasgow giants invited Couto to watch the game hoping the electric atmosphere combined with a positive result would be enough to push a deal over the line.

Couto spent last season on loan at Girona in the Spanish Second Division with City looking to step up the environment that he’ll be playing in this season.

Celtic and the City Football Group have a long relationship going back to the 2014 loan deal for John Guidetti with Ange Postecoglou part of the CFG when he managed at Yokohama Marinos.

So far Postecoglou has brought in five ready made first team players on permanent deals but towards the end of the transfer window it is more likely that a loan or two will come into the club.