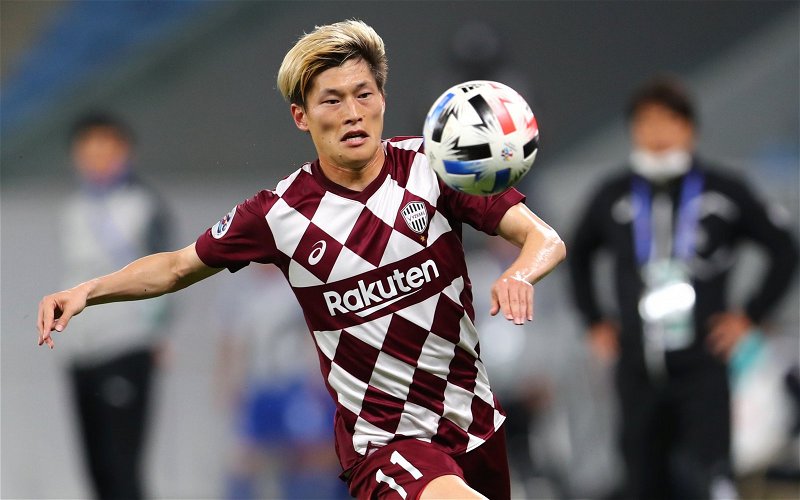 Chris Sutton led the praise of Kyogo Furuhashi following Celtic’s 6-0 route of Dundee in the SPFL.

Many strikers have graced Celtic Park down the years but other than Moussa Dembele none have marked their home debut with a hat-trick.

The 24,500 inside the ground discovered a new hero as thousands more at home marvelled at the ability and finishing touches of the Japanese striker.

Not a bad start from Furuhashi…

There could have been a hat-trick in the first half hour but the 26-year-old had to settle for two close range efforts, finishing off passing moves with assists from Liel Abada and Ryan Christie.

In the 68th minute he completed his hat-trick, Stephen Welsh released Ryan Christie whose precision pass behind the Dundee defence was met with an equally impressive finish from Kyogo.

That goal put Celtic 4-0 in front, Edouard replaced the new hero with further goals from Tony Ralston and Edouard completing the scoring.