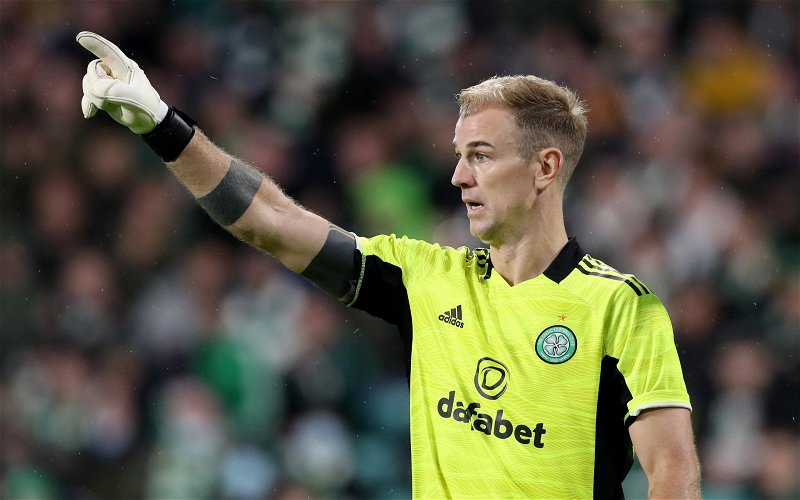 Joe Hart has sent a Direct Message to the mother of a young Celtic fan wanting to meet the new hoops keeper.

The former England Number 1 has been at Celtic for less than a fortnight but seems to have taken to the move and the buzz of playing regularly again in front of supporters.

Not everything is back to normal yet with players still having to comply with strict protocols which prevent them from meeting with supporters after the match.

One fan contacted Hart and shared her story on Facebook:

Me again as I said before my son Aaron was desperate to meet Joe Hart but we couldnt so I dropped him a wee dm not expecting much. Another class act we have here.

To which Hart replied with an explanation about the current procedures.

Whenever the protocols are relaxed the new players are certain of a huge welcome from the fans who have been re-enthused by the performances over the last fortnight.

Kyogo Furuhashi is clearly the new hero but Hart isn’t too far behind judging by the reaction to his double save last week against Jablonec.