Gordon Strachan returns to Celtic on Wednesday in ‘senior role’

Whether it is as Director of Football or Sporting Director has still to be defined but The Sun reports the former hoops boss returning in a senior advisory role.

At the end of June Dom McKay fudged his answer when he was asked about Strachan’s return as Sporting Director but with three weeks left in the transfer window Gordon is set to join his sons Craig and Gavin on the payroll.

GORDON STRACHAN is on his way back to Celtic. SunSport understands the former Hoops boss has agreed a deal to return to the club in a senior advisory role.

We broke the news on June 19 that Strachan, 64, was wanted by Celts. Now we can reveal talks are complete and he’ll start work TOMORROW.

Strachan will quit his gig as Technical Director of Dundee to make the switch. Celtic have been making major changes to the behind-the-scenes structure at the club.

Is Gordon Strachan the best man for this 'senior advisory role'?

Yes, great appointment, who we needed 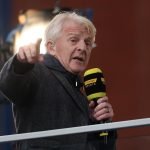 No, a massive step back in time 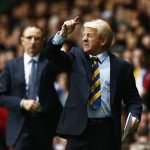 Strachan managed Celtic for four seasons from 2005 to 2009- winning three SPL titles and twice reaching the last 16 of the Champions League.

After a short stint at Middlesbrough he took charge of Scotland but was unable to make the breakthrough to reach a major finals.

Strachan has had a number of media jobs over the last few years during which he has been incredibly supportive of all decisions from the Celtic board.

With Nick Hammond and Peter Lawwell leaving earlier this year Strachan Snr will now have a major role in steering the club forward from Academy to international recruitment.