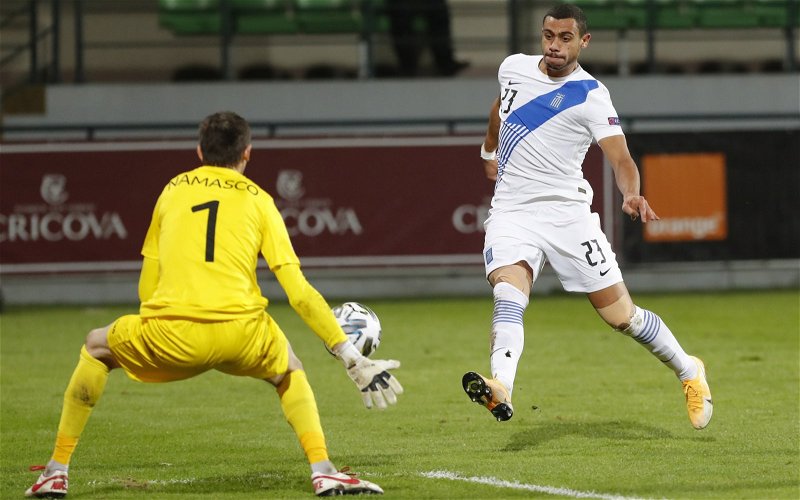 Celtic’s interest in Georgios Giakoumakis seems to be almost at the ‘done deal’ stage.

The striker has been linked with Celtic over the last fortnight with Ange Postecoglou reported to have used the Greek connection to discuss a move to Celtic.

Giakoumakis has picked up six international caps but hasn’t played for VVV Venlo this season as he deals with transfer speculation.

Giakoumakis was not at the recent calls of the Greek National Team ahead of his transfer to Celtic. He will be at the manager’s plans in the next international break @CelticFC #Celtic #CelticFC #Giakoumakis

It seems to be only a matter of timing with Odsonne Edouard’s expected move to Crystal Palace required before the Giakoumakis deal can be announced.

Venlo paid £300,000 for the striker last summer and were rewarded with 26 goals in 30 Eredivisie appearances, despite relegation they look in line for a 10-fold profit on the former AEK Athens man.

Kyogo Furuhashi looks like being Celtic’s first choice striker but with speculation surrounding Edouard, Leigh Griffiths and Albian Ajeti there could be rapid promotion for Giakoumakis.