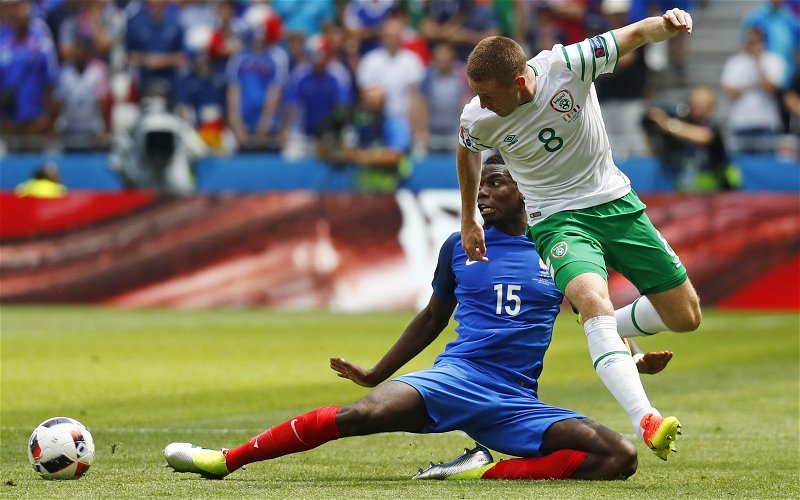 Ange Postecoglou feels that today’s match against Dundee might be too soon for James McCarthy.

The midfielder signed for Celtic on Tuesday but while Joe Hart flew out to the Czech Republic and made his debut two days later the former Crystal Palace midfielder stayed at home to step up training.

McCarthy trained with his new team-mates on Saturday but it’s likely that he’ll have to settle for a place on the bench today against Dundee.

We will see how James is. He’s had a couple of sessions while we were away for the European game but I just want to see how he is training with the boys. Dundee probably comes too quickly for him but hopefully he can get a good week of training in.

McCarthy isn’t eligible for Thursday’s match against Jablonec but after a week of training he should be ready for next Sunday’s Premier Sports Cup tie at home to Hearts.

The last match that McCarthy was involved in was on May 23 when he played for 88 minutes as Crystal Palace lost 2-0 to Liverpool at Anfield.

With Scott Brown and Olivier Ntcham leaving over the summer there is an obvious gap in the Celtic midfield with McCarthy signing onto a four-year contract.