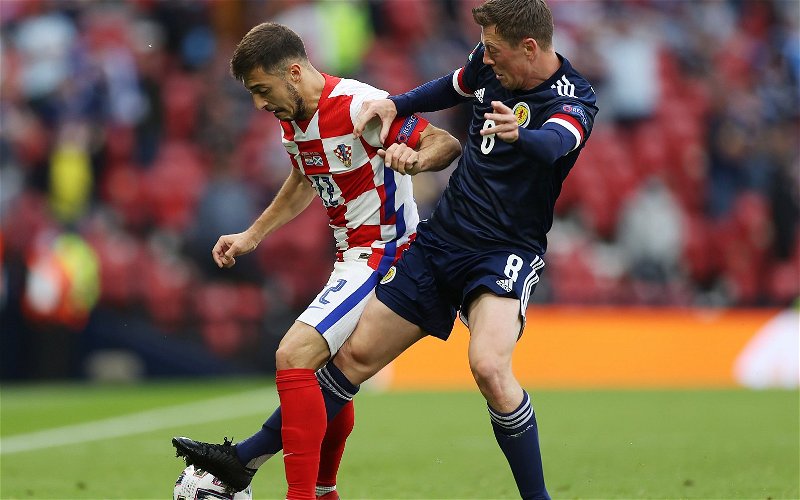 Josip Juranovic is in the Legia Warsaw side facing Slavia Prague tonight in a Europa League play-off.

The Croatian defender has been strongly linked with a move to Celtic with Legia coach Csezlaw Michniewicz expecting the deal to advance on Friday.

Whether Juranovic’s inclusion tonight is a reflection on the status of transfer negotiations remains unclear but it does seem a high risk decision by the Poles.

An injury to the defender could delay or postpone the transfer while it would only be human for Juranovic to have the thought of a transfer and a three or four year contract on his mind as he goes into the match.

After losing out on the chance of playing in the group stage of the Champions League a place in the Europa League carries more appeal than the unknown of the UEFA Conference.

Juranovic won’t be cup-tied for the group stage which might see him return to face Legia in the Europa League, or if Celtic lose heavily in Alkmaar down into the Conference.

Artur Boruc is in goals for Legia tonight with the match kicking off at 6pm Celtic Park Time.