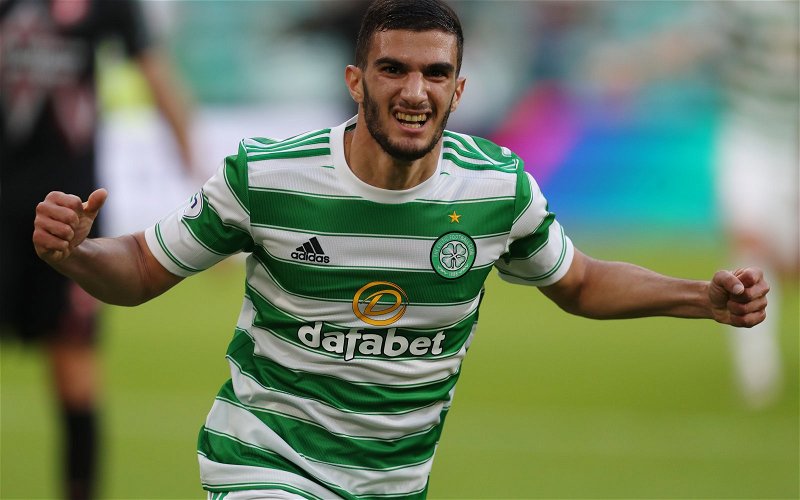 Liel Abada looks certain to be back for Celtic’s Europa League clash with AZ Alkmaar on Wednesday.

The winger made a flying start to his Celtic career but has missed the last two matches, home wins against Jablonec and Hearts.

Celtic’s momentum hasn’t been halted with a style of play imposed by Ange Postecoglou but the hoops boss is already planning on Abada’s return as he told the Daily Record:

Abada should be fine. He was really close to making it, but we didn’t want to risk him as we’re going to need his energy on Wednesday night.

Fortunately the return of Abada will create something of a dilemma for Postecoglou who was also without Ryan Christie yesterday.

James Forrest and Odsonne Edouard replaced the injured duo with no let up in the goal rush that now stands at 16 from four matches.

The fresh look and emphasis on attacking has certainly got the fans fully engaged and backing the side with 60,000 crowds expected against Alkmaar and St Mirren.