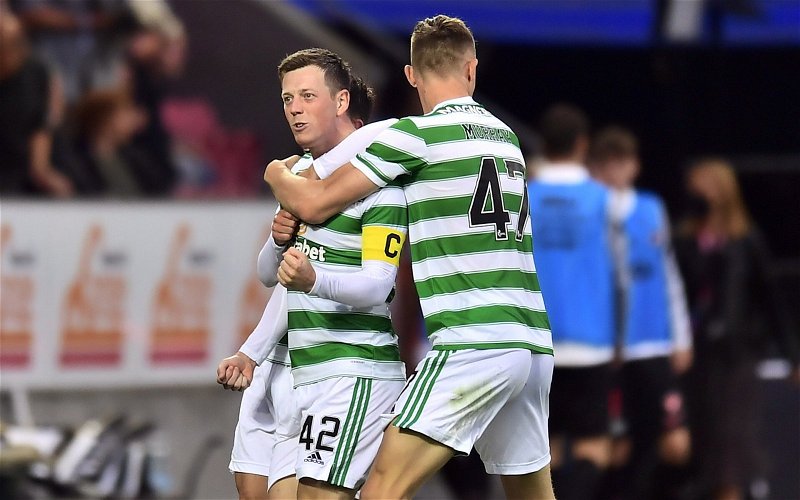 Any Celtic fan doubting the captaincy credentials of Callum McGregor can rest easy.

From his glorious goal in Midtjylland to the after-match huddle against Dundee and through six performances the midfielder has demonstrated that he is perfectly capable of looking after the baton handed on by Scott Brown.

You’re unlikely to find him sporting a Zero or Number One hair cut or out-staring opponents in the tunnel but there can be no doubts that MacGregor is captaincy material.

Our @GIPHYSports page has now been updated with #CELFKJ Hoops content! ??#UEL | #COYBIG ?

There are many forms of captaincy, after a decade of Broony it was difficult for Celtic fans to see beyond the unique influence that the Fifer had on his team-mates but the bhoy from the Academy has taken on the task and put his own stamp on the side.

McGregor is a class act, a cut above any other player in Scotland but he also understands the game and the benefits of team work. It is clear that he has the respect of his team-mates, the clip above confirms that he understands the role of captain, especially in a time of transition at the club he’s been with since his primary school days.