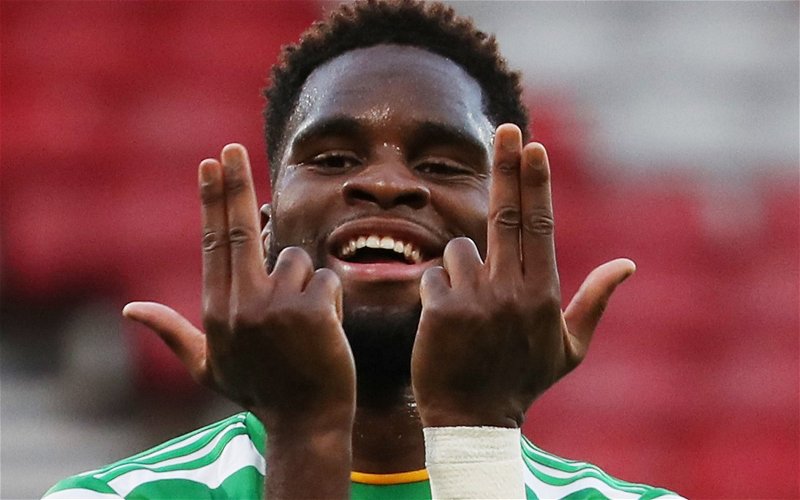 John Percy has announced that Odsonne Edouard is a medical away from joining Crystal Palace in a £15m deal.

The Daily Telegraph reporter won’t be too well known to Celtic fans but back on May he broke the news that Celtic had turned to Ange Postecoglou to take over as manager.

Palace and Brighton have both been strongly linked with Edouard but it seems that the French connections at Selhurst Park led by Patrick Vieira has won the race.

Crystal Palace have agreed a fee of around £15m with #Celtic for Odsonne Edouard. Medical in the morning and ends Palace’s search for another striker #cpfc

Getting the deal through will be welcomed by Celtic who faced the nightmare scenario of a major asset running down the final months of his contract before leaving as a free agent.

The Frenchman has been a massive part of Celtic’s success over recent years with a string of important goals in major matches.

Paris Saint Germain are die 40% of anything above the £9m they sold Edouard for in 2018 but the remainder of the fee will be expected to be reinvested in Ange Postecoglou’s rebuild.