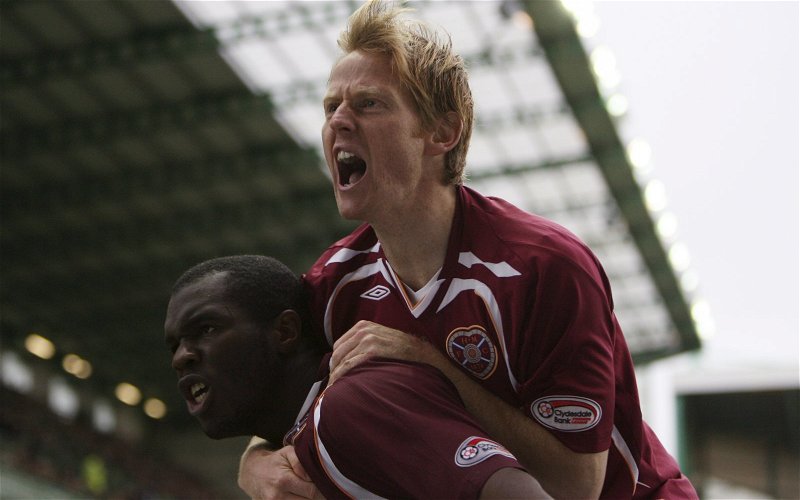 With other pundits staring at their shoes or posted missing Michael Stewart has tackled the big issue this week in Scottish football.

On Sunday morning a large group was escorted through Glasgow city council as they mockingly celebrated the Irish famine which resulted in more than one million deaths.

Sunday lunchtime saw Sky Sports broadcasting live thousands singing their hatred without any apology, comment from Sky or attempt to mute the sound.

Actions or comment from Ibrox has been minimal, the SFA and SPFL have remained on mute- as they did the previous week when racist abuse of Kyogo Furuhashi was shared worldwide.

Politicians have transferred their twitter comments into actions through the Scottish Parliament, it seems that anti-Irish racism is finally being viewed as an issue.

Late on Thursday night the Daily Record delved into the backgrounds of those involved in the Heart and Hand podcast, recognised media partners of the club at Ibrox. Under the microscope two of the three presenters have resigned.

Not a single Ibrox fans group has criticised or attempted to distance themselves from the city centre march, the songs in the stadium or the views of the Heart and Hand presenters.

The media like to portray those involved in anti-Irish racism as a minority, sometimes a tiny minority. A conclusion that no-one inside Ibrox on Sunday could agree with.

The songs of hate are popular at Ibrox, most fans join in, the others are comfortable listening to the bile from all four sides of the Stadium. It is from a majority, an overwhelming majority.

In 2019 UEFA twice closed parts of Ibrox due to racism at Europa League qualifiers, one against a team from Gibraltar.

Stewart knows it, others do to but alone in the media the former Hearts and Hibs midfielder raises his voice.

Euan tell which other club has rampaged through a city, once never mind twice, in the last few months?

Or had supporters found guilty of singing racist abuse on fans bus?

Or had fans arrested for facist signing in the streets?

All this makes parity a little difficult https://t.co/vFUj2hijs5

Typo (facist) instead or racist.

This doesn’t even include the fact that there was a rather large number of fans singing racist songs inside the stadium at home and away since being back.

Sorry let me be clear. Senior members of Rangers ‘official media partner’ are being investigated. Not sure that makes a huge difference in the context of this debate but happy to clarify Craig. https://t.co/rJaJfl976B

The defending of the indefensible and deflection going on right now by many Rangers fans show how big the problem really is. @RangersFC ’official media partner’ is being investigated by the police but is online attacking all sorts of people. Are Rangers going to stay silent?