Call it out Pat? Celtic fans demand that Nevin acts on John McGinn abuse at Chelsea 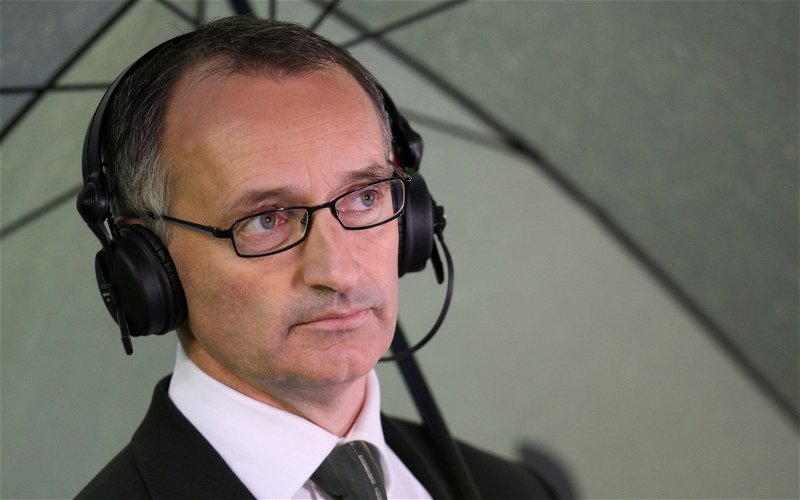 Celtic fans are requesting Pat Nevin to call out the sickening abuse that John McGinn suffered playing against Chelsea.

On Saturday the Aston Villa midfielder was taking a corner at Stamford Bridge when a home fan let rip with the sort of hatred normally associated with the Ibrox match-day experience.

There is always the possibility that the mastermind that dubbed the infamous Sweet Caroline video of Steven Gerrard’s players has been at work again but in a broad English accent there seems little dubiety about the abuse aimed at the Scotland midfielder.

At the 2011 Scottish Cup Final, prompted by Rob McLean on BBC 1, Nevin pledged to become an anti-sectarian activist after someone informed the BBC anchorman of reports of sectarian singing from Celtic fans.

No footage was shared by the BBC with the allegation made shortly after the old Rangers club were fined by UEFA for racist chanting, in their final ever Champions League tie in Malmo there were no fans inside the ground.

After his high profile pledge little has been seen or heard from Nevin about his campaign. These days he appears mainly in the English media and is a regular on Chelsea TV and the club website.

In his latest autobiography Nevin claimed that he was offered the job of becoming Celtic CEO while still playing for Everton. Former Motherwell owner John Boyle denies ever making the offer to the eighties hipster.

These days Nevin claims to be a Hibs and Chelsea fan.

I’m sure Pat Nevin will instantly be cutting all ties with Chelsea. https://t.co/mWY68Yv31A

@OffTheBallAM @gergilroy @enda_coll it’d be nice if you could talk to pat about this. I was totally unaware of the prevalence of anti Irish racism over here until emigrating. The Irish media should do more to highlight this to population lucky enough not to have had to emigrate.

Pat picks him team to support like they used to do the FA CUP Draw, a big bowl in his bedroom full of teams in mini balls that have to be opened up by Liz Frazer of The Cocteau twins

It’s always a wee surprise to find out who Pat’s supporting each week.