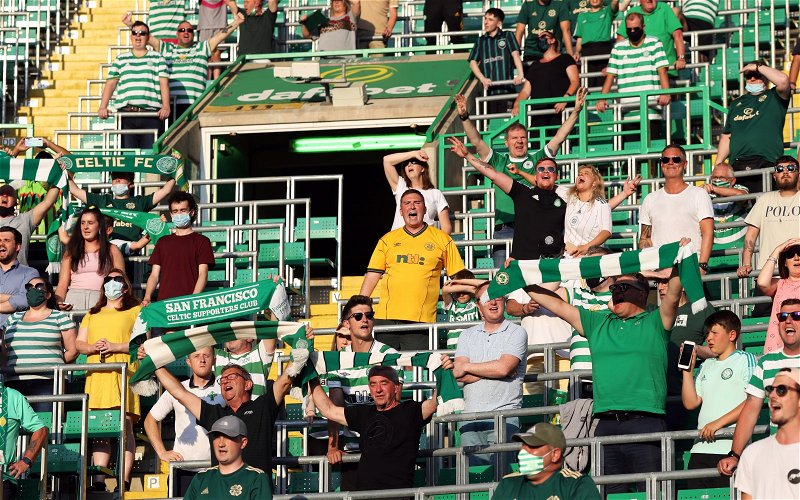 Celtic will only be required to carry out spot checks rather than ensure that every fan has tested negative or is double jabbed to attend home matches.

At the start of the month with cases on the rise the First Minister announced a number of measures to halt the spread with open air events with more than 10,000 present required to ensure that everyone attending had the right documentation.

Getting over 50,000 fans inside Celtic Park over a 30 minute period is enough of a challenge under existing conditions, requiring an additional check for a negative test or double vaccination documentation could have led to chaos at the turnstiles.

Yesterday the requirement for outdoor events was downgraded to spot checks with the SFA and SPFL relieved at the change in plan.

We warmly welcome the indications from the First Minister this afternoon that spot checks look likely to form the basis of vaccine certification at major events.

We have been in detailed discussions with Scottish Government officials in the past few days as we seek to develop a workable and proportionate methodology.

There remain a number of aspects which require to be finalised but we are hopeful that our positive talks will bear fruit and that Scottish football will continue to play a prominent role in reducing the impact of the virus.”

Celtic have three home matches coming up in eight days but the new spot check requirement doesn’t begin until next month with the Europa League daytime match against Ferencvaros on October 19 the first fixture covered by the new regulations.