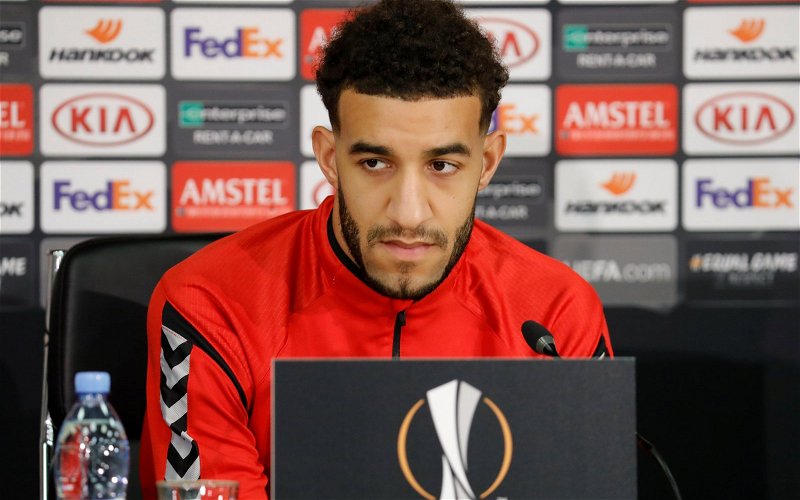 Connor Goldson is missing from the Sevco squad that flew to Prague today.

The defender played every minute of last season but missed the recent match away to St Johnstone after having to self-isolate.

Steven Gerrard hinted at testing issues in his media conference this morning with Goldson missing from the squad that arrived in the Czech Republic.

With Filip Helander out with a long term injury it looks like Calvin Bassey will play alongside Leon Balogun in central defence tomorrow against Sparta Prague. In his wisdom Gerrard left former Bournemouth star Jack Simpson out of his Europa League squad.

Last season the Ibrox side somehow avoided any positive tests but this term things seem to be different with Gerrard and five players missing the Europa League qualifier away to Alashkert.

UEFA carry out testing before Europa League matches with no results going through a lab in East Belfast.