I told Celtic, “I’m mentally f*****, I need a break’- Viduka on his incredible transfer 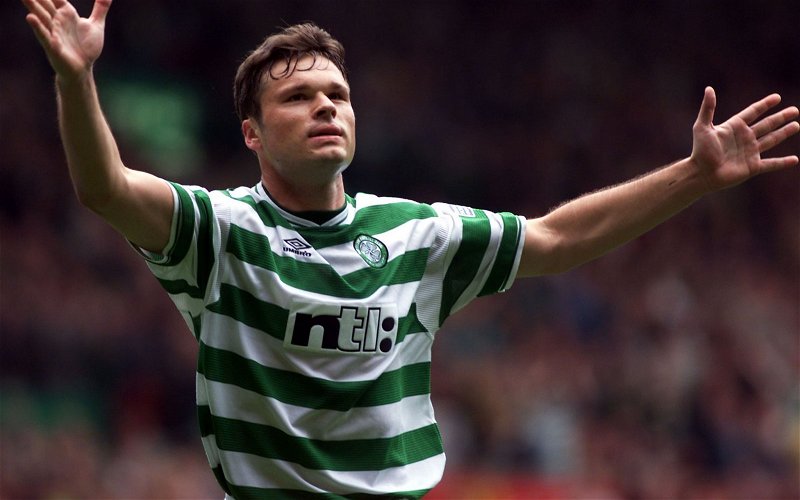 Mark Viduka has opened up on his amazing transfer to Celtic in autumn 1998.

The Australian striker had impressed the hoops when Croatia Zagreb ended Celtic’s first ever attempt at reaching the Champions League.

Typically Celtic had been slow in the transfer market through the summer, compounded by the resignation of Wim Jansen and the laboured search for a replacement that finally led to Dr Jo Venglos.

Through the autumn some pieces were being put together, Lubo Moravcik provided the inspiration to a memorable 5-1 win over Dick Advocaat’s expensive (to the tax payer) side.

A striker to compliment Henrik Larsson was needed, despite his famous goal against St Johnstone it wasn’t working out for Harald Brattbakk. Mark Burchill was emerging but Marco Viduka in Croatia was the target. The young Australian was settling into a country coming out of civil war when his transfer came about.

Speaking to Viduka at his café near Zagreb, the Daily Mail reports:

Come 1998, Viduka was escaping Zagreb for different reasons, caught in the vicious crossfire of domestic politics given his association with Tudjman. He signed for Celtic but, infamously, fled to Melbourne just days after arriving in Glasgow.

‘A lot of people labelled me, and maybe that’s where the perception comes from. But I went through hell here in Zagreb. I told Celtic, “I’m mentally f*****. I need a break. I don’t want to come and hide and take the money”. I was honest with myself and with them. But it backfires.’

‘I worked my a**e off at Celtic. The club was in turmoil but I was top scorer and player of the year. I really left my heart there. I refuse to accept it when someone says otherwise.’

Fergus McCann wasn’t best pleased by Viduka flying off to Australia within days of signing for Celtic. A FIFA ban was threatened while the transfer fee instalments to Croatia Zagreb were under threat.

Eventually the striker returned, he scored twice against Morton on his debut- four months after his transfer was completed. The following season under John Barnes and Kenny Dalglish he scored 25 times in 28 SPL matches but not appearing for the second half against Inverness Caley Thistle.

Viduka’s transfer fee to Leeds United was used to sign Chris Sutton from Chelsea, a deal that suited all parties.

Soon after joining Leeds Viduka commented about playing at 70% for Celtic in the Scottish League. Like Kris Ajer this week that comment has been taken out of context but 20 years on it is still held against the Croatian café manager.