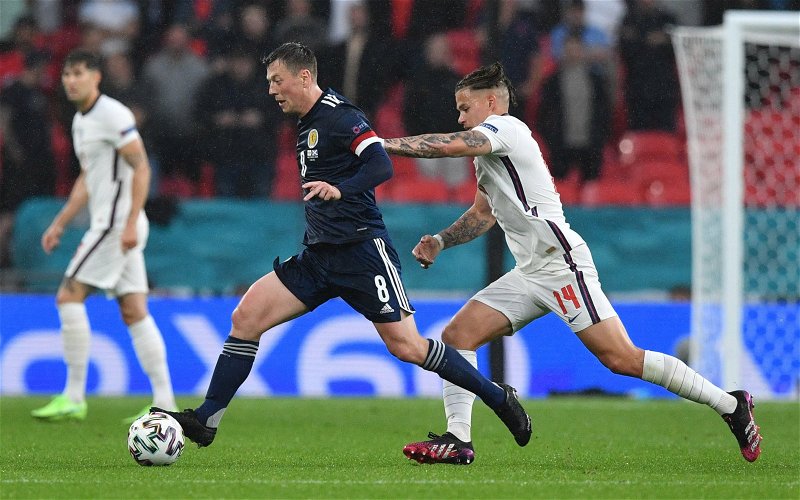 Ange Postecoglou has admitted that he isn’t certain when Callum McGregor will be back in action for Celtic.

Following three international appearances in seven days the midfielder was substituted at home to Ross County, tonight’s match at home to Raith Rovers will be the third in a row that he has missed.

Over the last four years McGregor has regularly put in more appearances than anyone else in Scotland, some seasons he has played more minutes than any player in Europe.

This year he played for Scotland against Croatia on June 21, less than a month later he was leading Celtic against Midtjylland in a Champions League qualifier.

Postecoglou has been very vague about McGregor’s current injury, while it doesn’t seem to be long term it is causing the Celtic boss some concern.

The Australian told The Herald:

It’s hard to put a timescale on it but it’s nothing major. Callum is obviously not 100 percent and with him you would know even if he was close then he’d be available.

If I had to make a call then, all going well and if the rehab goes well, he should be available to face Bayer Leverkusen but likely to miss the next two. It’s one of those things every footballer goes through. Some are pretty durable and get through it but it’s just our luck that for Callum it’s come at this time as he’s started so well for us.

It’s disappointing for him but he has played so much football it’s probably inevitable at some point that he would need a break and hopefully this might even be a positive for him in that he gets refreshed for when he comes back. I know that when he’s available he will hit the ground running and won’t need any time to adjust. We just have to be careful he is 100 percent because we wouldn’t want to lose him for an extended period.

Ismaila Soro and James McCarthy have replaced McGregor in Celtic’s last two matches but neither has been able to get close to the contribution of the missing skipper.