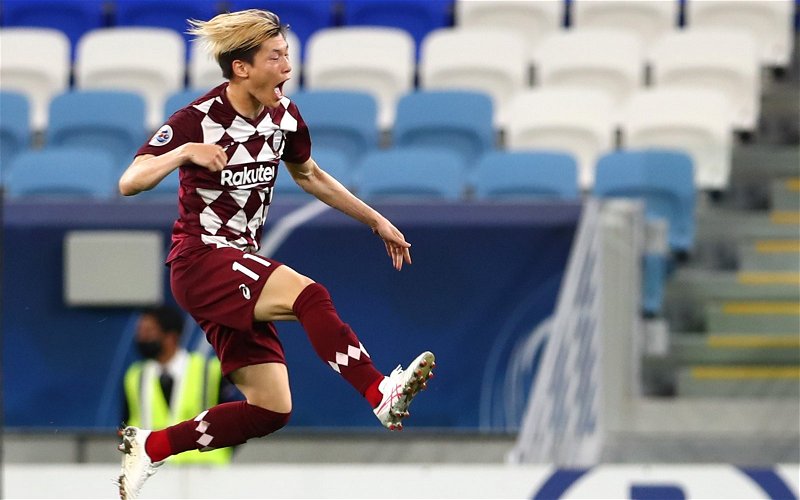 Ange Postecoglou expects Kyogo Furuhashi to be back playing for Celtic in 3-4 weeks time.

If that proves to be accurate the striker could play away to Aberdeen on October 3, three days after the home Europa League tie against Bayer Leverkusen.

Late on Tuesday afternoon Kyogo was substituted just five minutes into the second half of Japan’s 1-0 win over China in a World Cup qualifier.

That instantly kicked off a frenzy of speculation, not all of it involving Celtic fans over how long the striker would be missing.

Those with a glass half full saw the substitution as a precaution, half empty fans were concerned about an injury with no obvious contact. At today’s media conference Postecoglou was able to deliver some reality.

Albian Ajeti looks like coming in from the cold tomorrow with recent signing Georgios Giakoumakis still to play any competitive minutes as his future was being resolved by VVV Venlo.

Celtic confirm Kyogo Furuhashi will for 3-4 weeks after being injured playing for Japan. https://t.co/uHlqYFC6sk