Greg Taylor has successfully undergone surgery on his shoulder problem.

The issue started in the early minutes of Celtic’s Europa League qualifier away to AZ Alkmaar when he fell awkwardly with his elbow taking the impact.

Play was stopped twice to give treatment to Taylor’s shoulder but after half an hour he came off to be replaced by Adam Montgomery. Pictures of the dug out showed the former Kilmarnock defender still in pain. 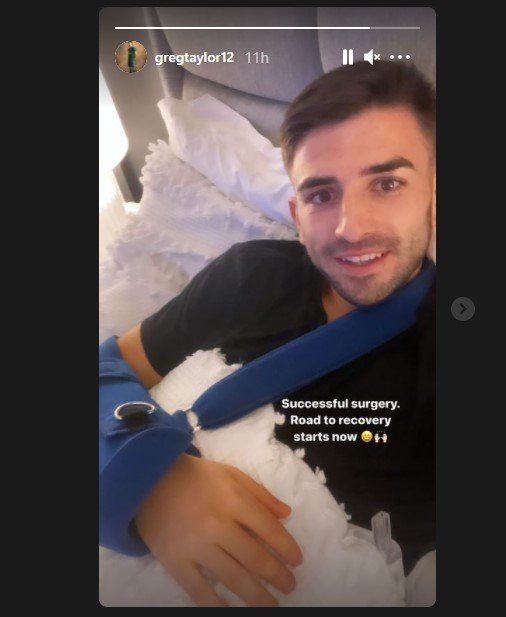 After missing the trip to Ibrox and pulling out of the Scotland squad Taylor returned to the Celtic side that played Ross County but the shoulder issue flared up early in the second half.

Ange Postecoglou has been very vague about injuries but is likely to give a timeframe for Taylor’s return.

Recently the 23-year-old appeared to be the only left-back at the club but as he hits the rehab route Postecoglou can call on Montgomery, Josip Juranovic, Boli Bolingoli or Liam Scales to play in that role.