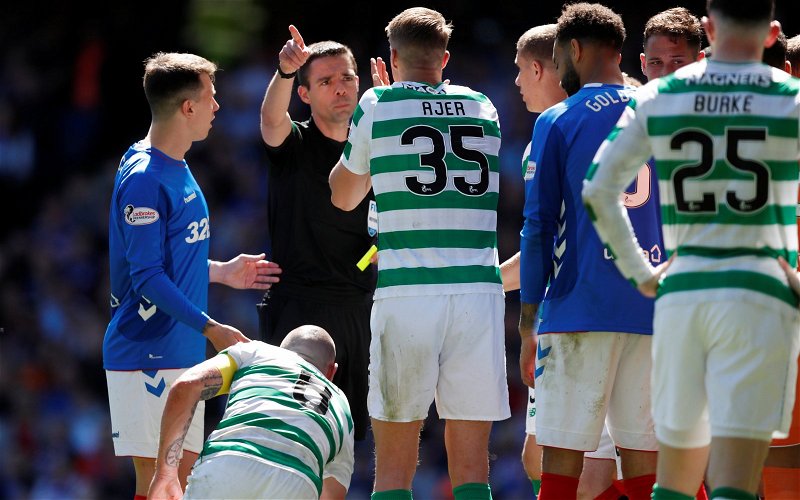 For the second time in seven SPFL matches Kevin Clancy will referee Celtic when they face Dundee United on Sunday.

With 16 different referees taking charge of a top flight match this season it seems unnecessary that Clancy gets a second match just like Euan Anderson who took charge of the games at home to Dundee and away to Livingston.

Clancy was in charge of the Glasgow derby at the end of August meaning that he’ll have refereed Celtic twice in four weeks, or twice in three fixture rounds.

The Glasgow derby passed without major incident in terms of refereeing decisions, since that appointment Clancy’s only other fixture was Saturday’s 2-2 draw between Hibs and St Mirren

Craig Ferguson and Frank Connor will be on the line on Sunday with Steven McLean, fresh from his appearance at Ibrox for the visit of Motherwell, the fourth official.

Getting through a Glasgow derby without mishap and issuing just two yellow cards is impressive but there is no need for the familiarity that sees Clancy in charge of two out of three SPFL fixtures involving the one club.