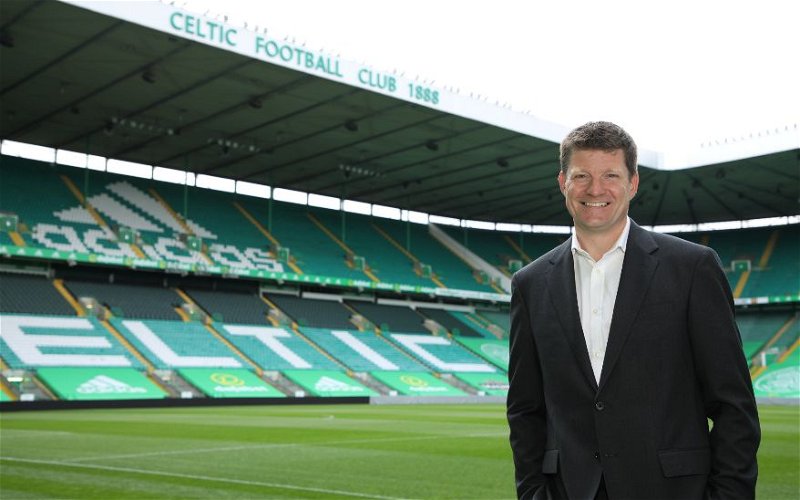 Michael Gannon of the Daily Record has continued with the character assassination of Dom McKay.

Since stepping down as CEO on September 10 there has been a constant stream of second hand stories explaining why he was forced out of the club after 72 days.

According to Gannon the former SRU chief just didn’t have the skills required for the job- apparently requiring others to get jobs completed. Many would argue that that is the key to being a successful CEO.

If that claim is true it raises questions about the recruitment process that identified and appointed McKay.

Inhering a club that had taken 106 days to appoint a manager just 14 days before the Champions League qualifiers was never going to be plain sailing. Especially when you have no Head of Football Operations (Nicky Hammond left in March) or recognisable structure in place for recruitment.

One way or another Celtic completed the transfer window in reasonable shape but Postecoglou is the first to admit that bringing in 12 new signings is asking too much from a single transfer window.

Talking to people in and around the club, it sounds as if the guy was in the wrong movie. I don’t think it was really working from both sides.

There’s always this talk about ‘Did he jump before he was pushed?’ and all that kind of stuff. I just don’t think it has worked out the way that they hoped.

I think his Dom McKay’s  expertise was in areas in things like marketing and season tickets and that kind of stuff. Things like negotiating with clubs and contracts, maybe not so much. He relied on the guys who are already at the club. Guys like Michael Nicholson who has taken over so it was a tricky one.

Celtic have very well paid heads of departments who are experts in their fields, experienced, with contacts and relationships built up over the years.

The job of a CEO is to provide a structured plan to take every area of the club forward while ultimately making the big decisions.

Despite not being a director there is repeated reports of Dermot Desmond’s influence in the big decisions that effect the club.

Appointing Martin O’Neill, Gordon Strachan and Brendan Rodgers were inspired moves, defiantly standing by Neil Lennon for so long last season after the initial reappointment suggest that Desmond’s instinct in key areas isn’t as sharp as it used to be.