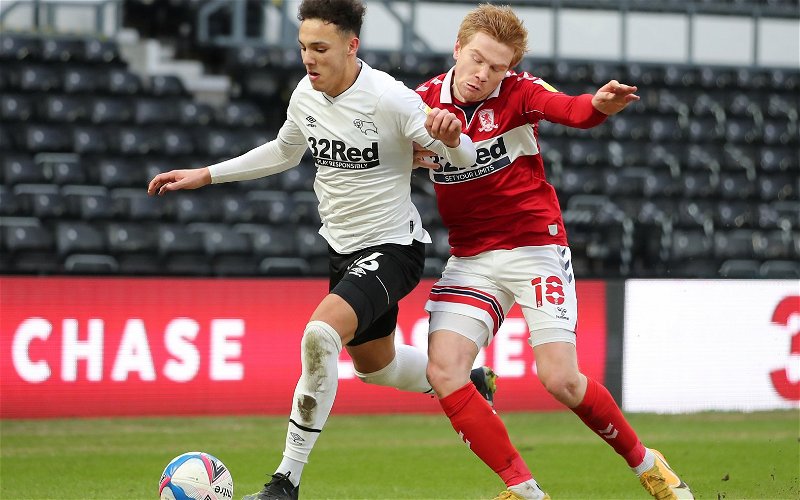 Celtic have been linked with a move for Lee Buchanan of Derby County.

The Championship side went into administration earlier this season and are expected to be busy in the January window with left-back Buchanan apparently being watched by Celtic scouts.

Buchanan is out of contract at the end of the season and could sign a pre-contract with Celtic in January if the two clubs can’t agree a transfer fee.

In The Sun, Nixon reports:

Greg Taylor, Adam Montgomery, Liam Scales, Boli Bolingoli and Josip Juranovic have all played there. But Celts have been tracking kid Buchanan for months, and sent top spy Mick Doherty to check him out last week.

The 20-year-old was wanted by rivals Nottingham Forest in the summer, but they could not afford him. Now Derby may sell in the next window.

As Nixon quotes Celtic have played Boli Bolingoli, Adam Montomery and Josip Juranovic at left-back in their last three matches with Liam Scales also getting a run out.

Over the last two seasons Celtic have been regularly linked with Aaron Hickey but with each passing month his value rises with Aston Villa recently quoted as showing a strong interest in the Bologna full-back.

Ange Postecoglou has stated that Celtic have definite plans for the January transfer window, emphasising that the net will be cast far and wide and not necessarily concentrating on the Japanese market that unearthed Kyogo Furuhashi.