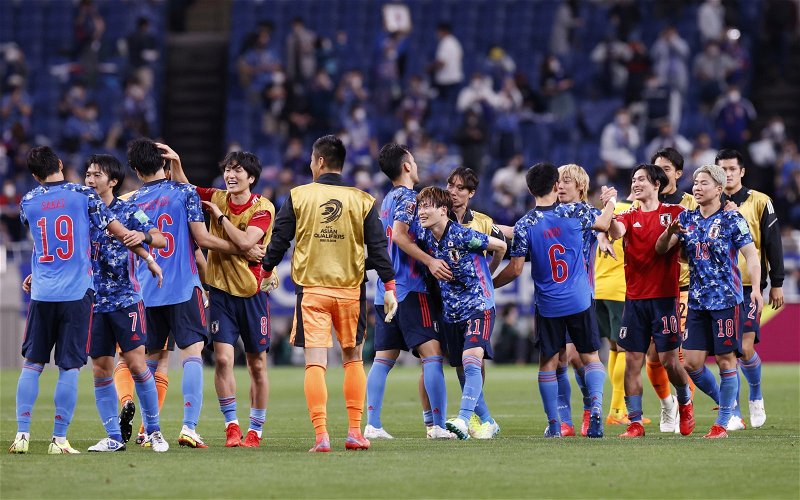 Officially it was Japan v Australia but as far as most Celtic fans were concerned it was Kyogo v Rogic with both players vital to Ange Postecoglou’s prospects over the next couple of weeks.

Fir Park, Motherwell is the destination in mind for most fans with both players appearing to come through today’s match unscathed.

Rogic played for 81 minutes before being substituted by James Jeggo with the match tied at 1-1 but his club team-mate ensured that there was a late twist in the match.

Replacing Yuya Osako on the hour mark Kyogo was heavily involved in the winning goal where his presence forced Aziz Behich into an 85th minute own goal.

The win brought Japan back into contention to qualify, three points behind Australia and Saudi Arabia although a win for Saudi against China today will put them clear at the top of the group with four if the 10 qualifying matches played.

Rogic and kyogo came through unscathed now be safe on the flights ??

Looks like Rogic got 80mins or so and Kyogo 30mins , how did both play and hopefully both injury free , your feedback eagerly anticipated HH ?

Both @CelticFC bhoys Rogic and Kyogo came through the game unscathed. #CelticFC

Good game. Well deserved victory for Japan in the end. They wanted it and needed it more. Japanese players emotional at FT. Will put Kyogo in good spirits for ‘Well away on Sat. ?