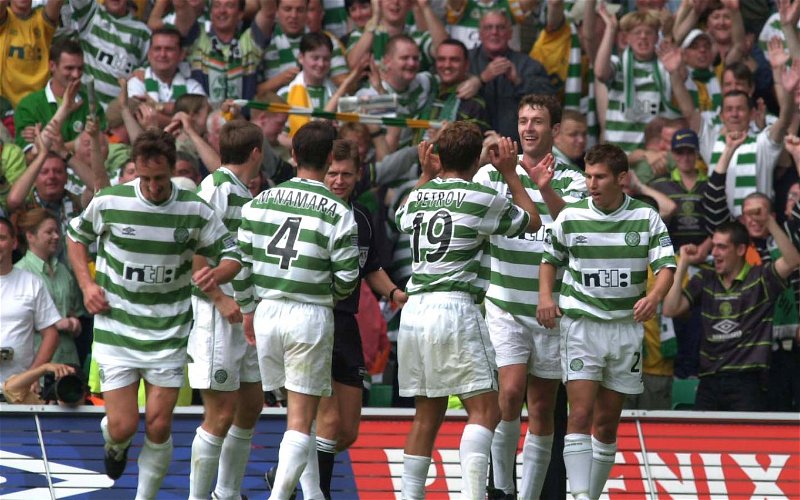 The blame game was in full flow last night with former Celtic team-mates at war as they watched a humiliating 4-0 home defeat to Bayer Leverkusen.

Without question the German’s are a top side but equally they aren’t Paris Saint German or Barcelona of recent vintage as they cruised to a comfortable three points in the Europa League.

Chris Sutton, Neil Lennon and Paul Lambert enjoyed many famous European nights at Celtic Park but last night the team was a pale shadow of the one that Bayern Munich and Stuttgart used to fear when the team coach turned into Kerrydale Street.

On Twitter Sutton used a word that he couldn’t use on air with BT Sport, making reference to the handover from his former team-mate who managed Celtic for two years from February 2019.

As co-commentator Sutton described how Celtic crumbled, waiting in the wings Lambert and Lennon were explaining what went wrong on the night to BT Sport viewers.

It made for uncomfortable viewing for Celtic fans as they watched Angeball cruelly exposed, listening to three former players push the blame around added to the pain while the Celtic hierarchy hid away from the growing anger of 50,000 Season Ticket holders.

Celtic thumped by Bayer Leverkusen. Didn’t take their chances and exposed badly by ruthless Leverkusen. Ange has a style of play which he will stick with. I think he needs time and patience. Once the new players are bedded in though the team can’t keep making the same mistakes…