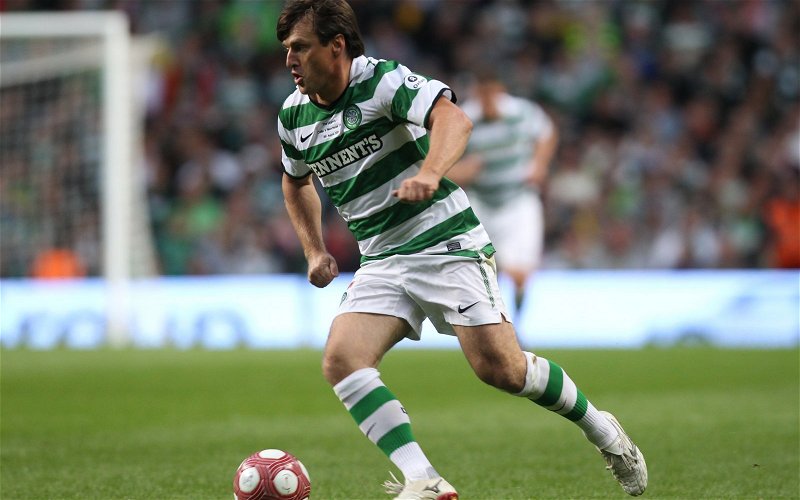 The Daily Record has published a claim that Barrie McKay is a reminder of Lubo Moravcik!

It seems that after the Glasgow based publisher has a weak spot for McKay having claimed in 2017 that he was a £6m target for RB Leipzig after playing well in a friendly against the Bundesliga side.

While having some talent subsequent moves to Nottingham Forest, Swansea and Fleetwood didn’t work out for the winger who has made five appearances for Hearts after joining them as a free agent,

Over four years Moravcik was marvelled at as one of the greatest foreign talents to come to Scottish football, fitting in perfectly with the Celtic side that Martin O’Neill built with Chris Sutton, Henrik Larsson and others amazed by his skill and natural ability.

In the 19 years since he retired Celtic haven’t had any player close to the ability of Moravcik but it seems like a 26-year-old free agent has escaped their notice.

In an article about the great Hearts revival Eamonn Bannon told the Daily Record:

I like McKay, he has superb balance and in a way he reminds me of Lubo Moravcik who was at Celtic. He can go left or right and he’s been good since he came in and Cammy Devlin has also been terrific, he bombs about midfield and the fans love that.

It all adds up to a superb start to the season and a far better look to the team than a couple of years ago. The quality of the Tynecastle pitch has helped, if you can’t play football on that then you can forget it.

Celtic will come up against the new Lubo on December 2 when Hearts visit Glasgow.