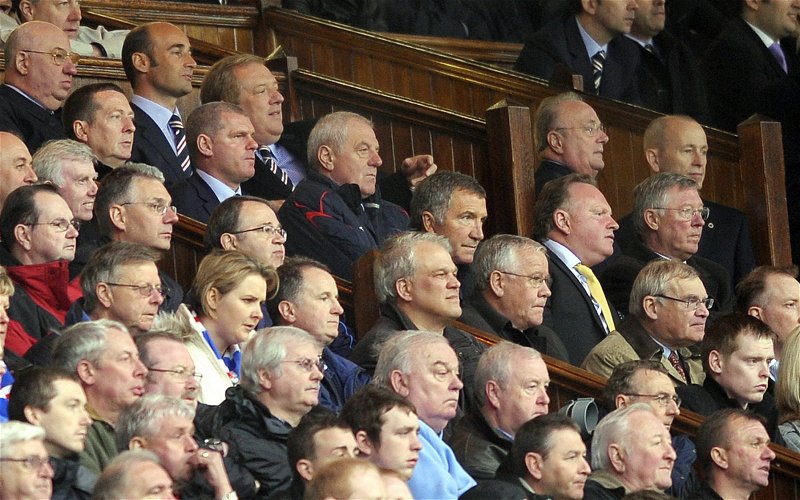 Yesterday Ferencvaros warned their 279 travelling supporters that Nazi salutes won’t be permitted at Celtic Park, mainly because UEFA will be looking in over the match.

It seemed an incredible announcement, with an unsaid admission that it is fine in domestic fixtures but don’t get into trouble for other matches. There was a familiar ring to that message.

Almost 20 years ago Channel 4 News confronted Rangers about Nazi salutes and clear hate song about Catholics from their fans filmed inside Celtic Park.

Dave Murray and security chief Lawrence McIntyre were in full deny and deflect mode as they were confronted about the issue relating to Season Ticket holders that they had issued tickets to.

Murray went down the ‘it’s a society problem’ route while McIntyre tried the ’90 Minute Bigots’ line and also claimed that the Nazi salute was actually related to Ulster.

In 2021 the new club is applying the same tactics with the SFA and SPFL equally unwilling to tackle the issue.

Part 2 of the ‘Everyone, Anyone’ mocumentary.

“the only club in Scotland to have set up a sectarianism and racism monitoring group”.

Journo was secretly filming the fans

Patronising MacIntyre v Glasgow surgeon on the 90 minute bigot argument, should really see the end of it. https://t.co/AITm6Zo7Np pic.twitter.com/0wMn0K1Tw5

Part 3 of ‘Everyone, anyone’ with @GrahamSpiers .
I wonder who he was chatting with and what he’s doing now? ????

Murray getting thrown all over the place again. ?