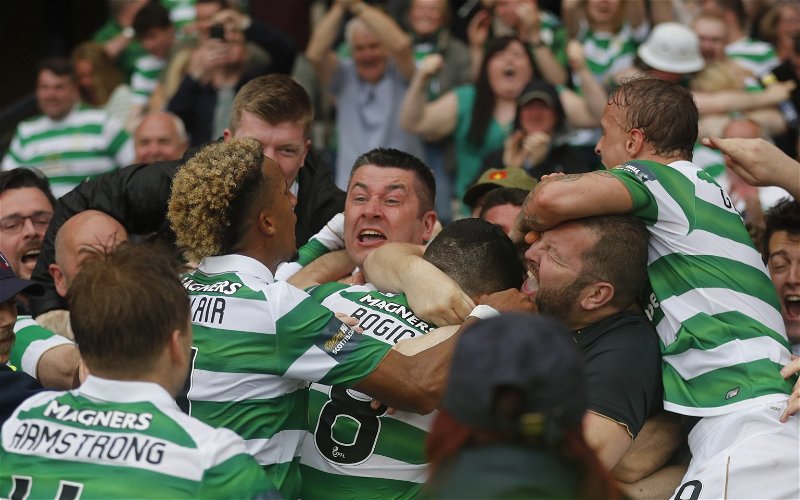 He wasn’t on the scoresheet but Tom Rogic turned in a match-winning performance as Celtic won 2-0 away against Motherwell.

At Aberdeen a fortnight ago the midfielder came off the bench to play a key role in Jota’s late winner that provided Celtic with their first SPFL win on the road since February.

After two appearances for Australia it must have been tempting to leave Rogic on the bench at Motherwell for the more defensive option of Nir Bitton in the middle of the park but Ange Postecoglou’s attacking instinct was rewarded in full.

While others scrapped and battled for possession Rogic was a cut above, floating around with purpose and intent best demonstrated by his pass for Jota’s opener.

Showing vision that few others possess his diagonal pass was perfectly weighted with the on loan Portuguese winger taking the ball in his stride then burying his shot past Liam Kelly.

David Turnbull scored with a spectacular second half goal proving that he can play in tandem with Rogic as options open up for Celtic after an indifferent start to a season of transition.

That pass from Rogic ? https://t.co/HlLKZnCvEv

Celtic winning with a few gears to hit is something we’ve no saw in a long time. McGregor & Rogic Superb today, Bitton been exactly the sub to kill the game. Fullbacks staying wider at goal kicks – Rogic covering the right of the pitch to allow Abada freedom. A like it Sellik.

Rogic and Calmac were excellent today and fair play to Boli, I think he gave the ball away with his first 3 passes but then had a really strong second half. The Ange bus goes rolling on??

Aside from Rogic, was good to see Jota trying to break the line, giving the option for likes of Rogic, Turnbull, Mcgregor to be picking him out. Obviously very capable if given the chance!

Remember rogic could hardly complete 60mins last season. He’s now playing internationals and full games week in week out for us. Fair play for getting him on the protein big Ange.

Rogic in full flight is unplayable

Tommy rogic unplayable today and another good performance from starfelt??